Bussink Design’s first R80XL observation wheel – the tallest transportable Ferris Wheel in the world – is on its way to a customer a Mexico.

The ride was built up recently at the Munich premises of Maurer Söhne, whose subsidiary Maurer German Wheels manufactured the ride under licence from Bussink. The state-of-the art of attraction looks particularly well after dark thanks to its piercing LED lighting (featuring half a million individual white LEDs), which could apparently be seen all over Munich. 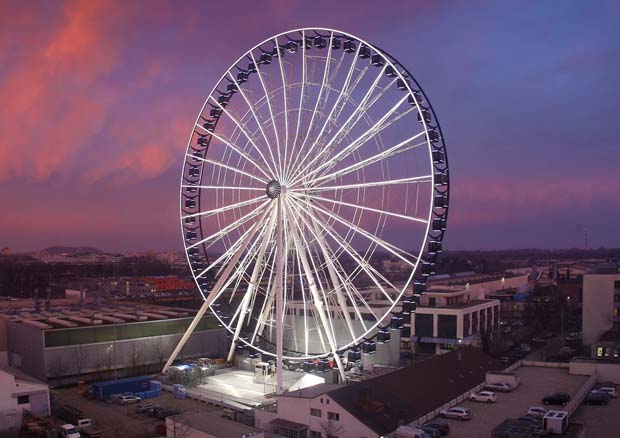 Standing approximately 80 metres-tall, the construction is available in two different configurations: a stationary but semi-portable model intended for long term installation, and a fully‐transportable version that comes with its own 30 x 35m base frame, designed for those operators that wish to re-site the ride on a semi-regular basis. 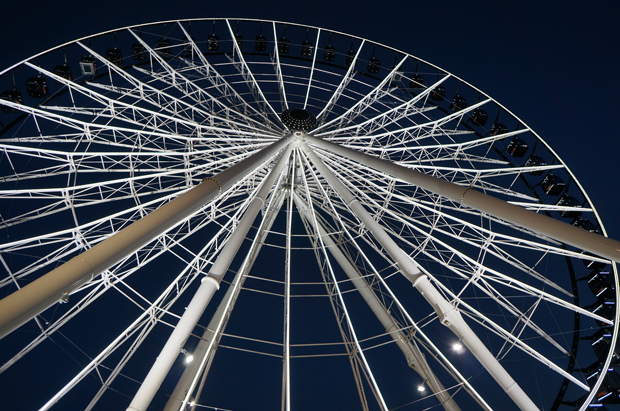 Each version of the wheel can be supplied with either 54 eight-passenger cabins (as seen here) or 27 larger 16-seat cabins by the Swiss ski-lift specialist CWA. The cabins can be supplied with different seating configurations such as face‐to‐face, back‐to‐back, cocktail, dinner, VIP etc. 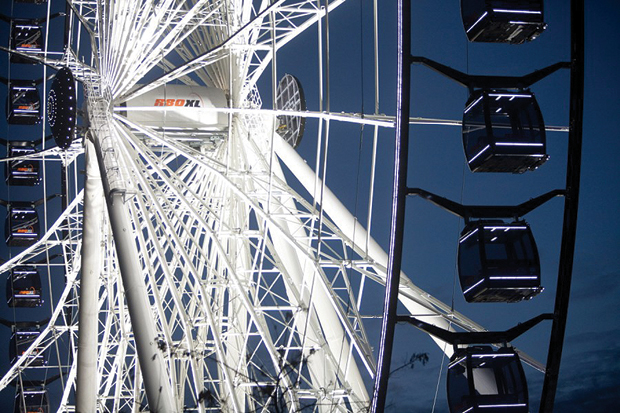 The R80XL comes to fruition after five years of intensive design and engineering, and follows on from the success of the R60XL wheel that has graced many city centres and tourist spots in recent years. As well as Maurer and CWA, Bussink’s other partners on the project include Siemens Germany, which provided the drive and control system and R&S Dynamics from Liechtenstein, responsible for engineering. Further materials and subcontractors were sourced from the Netherlands, Switzerland and France. Final testing will be carried out by TÜV Süd in Munich, working to a design review by TÜV Nord from Essen, Germany. Whilst Maurer will handle fabrication in Europe, Chance American Wheels has been appointed to manufacture the ride for the American market. 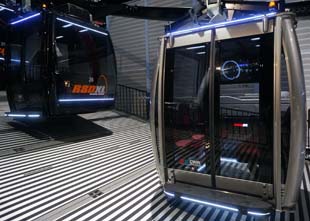 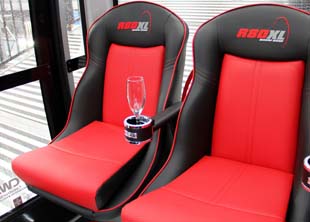 “It’s a beautiful ride,” says Jeroen Nijpels, sales representative for Bussink Design. “It’s not cheap, but it is about one tenth of the cost of the London Eye, and we believe in the right location it is capable of riding up to one million passengers a year.”

The ride pictured here is now destined for the Mexican city of Puebla (in the state of the same name), where the municipal authority will operate it as a permanent attraction. An additional two wheels are already in production at Maurer’s premises for delivery in late 2013 and early 2014, with another by Chance due for delivery by the beginning of next year. 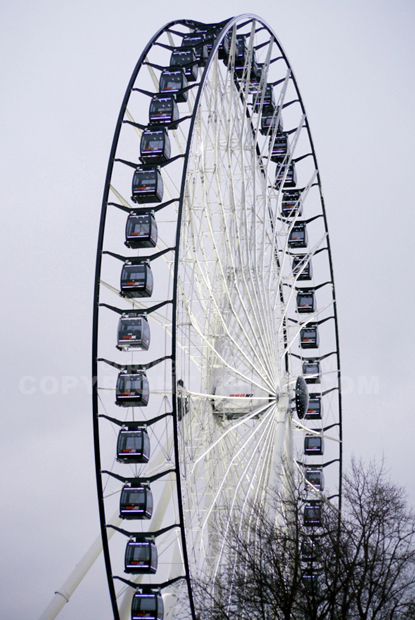