Following a US$155 million renovation, the cruise ship Carnival Sunshine set sail in May with a new waterpark designed and installed by Polin Waterparks and Pool Systems.

The main feature is the Speedway Splash, comprised of two enclosed Aquatube slides that allow riders to race along a 72m (235ft) path. Polin has designed a traffic light system in-house that will determine the start of each race and also display each rider’s time on a scoreboard at the finish line. At nearly 102m (334ft), a third Aquatube boasts as the longest waterslide on any Carnival cruise ship.

Also featured on board the cruise ship is an aqua play structure with 40 different interactive water features, among them a PowerDrencher drenching bucket, plus the SplashZone kids’ play area, which includes twin slides called Mini Racers. 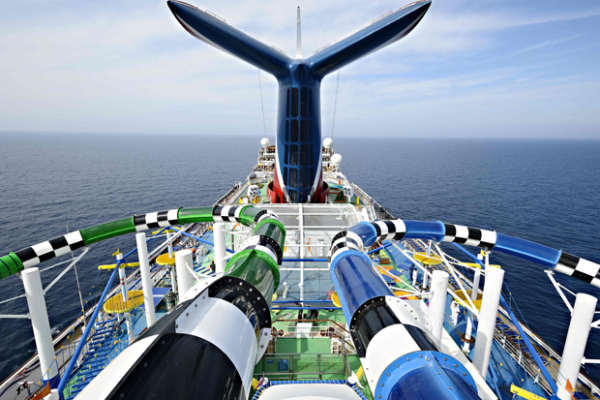 Prior to its renovation, Carnival Sunshine originally sailed as Carnival Destiny,. When it entered service in 1996 it was the largest passenger ship ever constructed, but back then it only featured one waterslide. Now, thanks to Polin, is boasts a little extra sunshine. The vessel is currently spending the summer in the Mediterranean before repositioning this fall/autumn to New Orleans, where it will operate seven-day Caribbean itineraries.

This is the first cruise ship fitted out by Polin for Carnival, which previously used a North American company as its waterpark supplier. 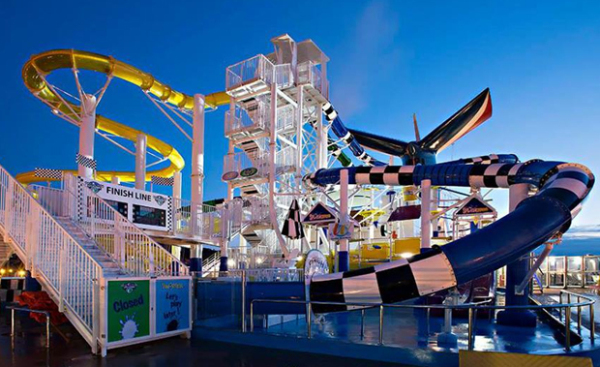