The developers of the London Eye believe their plans for an observation tower in the British seaside resort of Brighton will be back on track if loans worth £17 million ($27m/€21m) can be secured.

Architects Marks Barfield have so far raised £18 million of the required £35 million ($56m/€44m) for the proposed i360 tower, but have been pledged £14 million from Brighton & Hove City Council, in addition to a £3 million loan from the Coast to Capital Local Enterprise Partnership, a UK government fund.

If approved by the council’s cabinet, the local authority will borrow money itself in order to offer a secured loan, meaning the project could be re-started in two or three months and completed within two years. 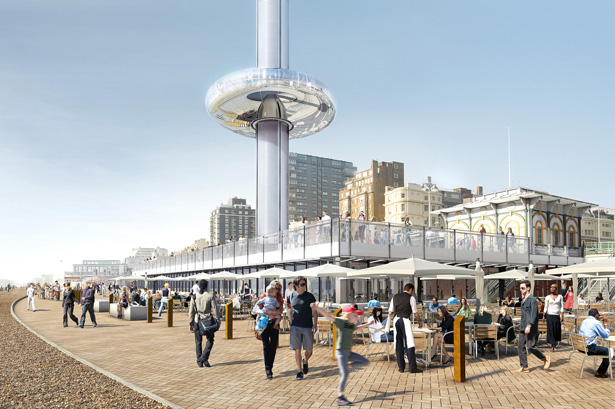 The i360 designs call for a sleek gondola with similar aesthetics to the capsules on the London Eye, which would travel up and down a 175-metre tower on Madeira Drive, the town’s promenade.

Officials believe the completed attraction could pull up to 800,000 visitors a year, spending upwards of £5 million in Brighton and encouraging up to 18,000 more people to stay overnight. The project would create a potential 154 direct and 440 indirect jobs.

Building the tower would also enable completion of seafront regeneration works, including landscaping and the refurbishment of adjacent derelict arch buildings/structures.

Should the council decide to go ahead with its contribution, it will receive 1% of ticket revenues in addition to interest on the loan, set to be repaid over 12 years. 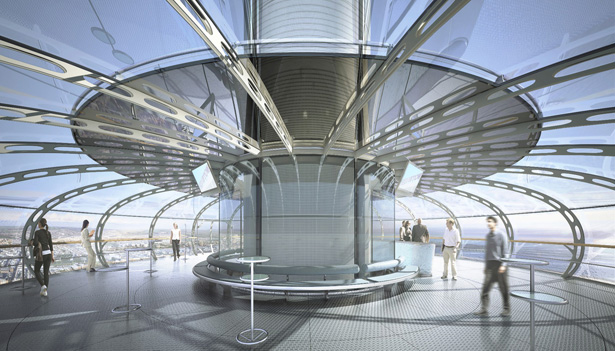 “At this stage we’re looking into the option. This would be a business and regeneration proposal by the council, not an act of charity,” says Geoffrey Bowden, councillor for culture, recreation and tourism. “We are proposing this because the project is at such an advanced stage and the developers already have 50% of their funding in place. This project being at a standstill is costing the city at least £5 million a year.”

“This is fantastic news,” says David Marks of Marks Barfield. “I firmly believe our investment in the i360 will be the trigger for a lot more investment in the city, just as the London Eye was for the South Bank.”

The developers say previous attempts to find funding had stalled due to the reluctance of banks to lend in current market conditions. In the event of a default on the council loan, the local authority could take over the site, the business or its assets.

Located on the south coast, about 50 miles from London, Brighton is one of the UK’s most popular seaside resorts. As well as various amusement rides on the town’s pier, a 45-metre observation wheel is currently operating Madeira Drive on a five-year lease, or until the i360 is built. 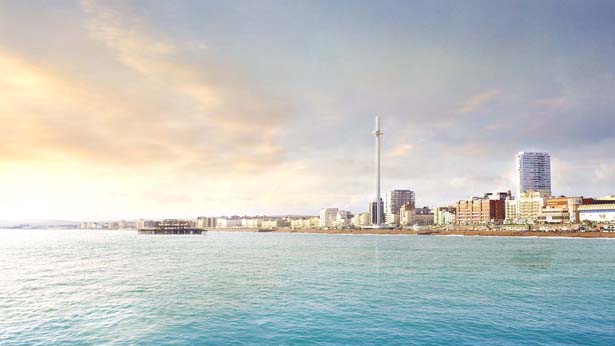 What will be your biggest challenge in 2012?