A Bolliger & Mabillard (B&M) Wing coaster has been confirmed for Six Flags Great America in Illinois.

X-Flight will open in 2012 at this park north of Chicago, taking riders on a flight with no track above or below them. Sitting in pairs, the passengers will be suspended either side of the track with their feet dangling.

The huge, wide trains will speed at up to 55mph (89km/h) through 3,000 feet (915m) of intense drops and five inversions, including a barrel roll and zero-g roll. One of the most thrilling moments will be an extreme fly-through where the coaster speeds straight toward a structure, before making a last-minute vertical flip through a keyhole cut-out.

B&M designed four other Six Flags Great America favourites including Raging Bull, Superman: Ultimate Flight, Batman: The Ride and the recently removed Iron Wolf, which was the Swiss company’s first-ever coaster. The Wing coaster will make its home in the County Fair section of the park. Construction begins this Fall. X-Flight is scheduled to open Spring of 2012. 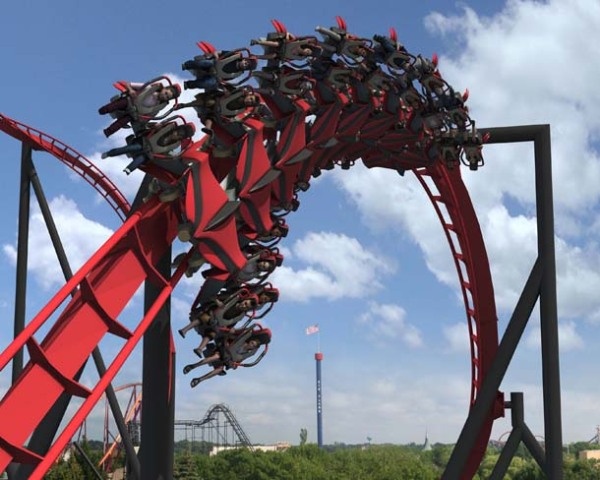 The world’s first B&M Wing coaster, Raptor, opened in spring 2011 at Gardaland in Italy. Thorpe Park near London, a sister Merlin Entertainments property, will open also open version of the ride in 2012, along with Dollywood in Tennessee. 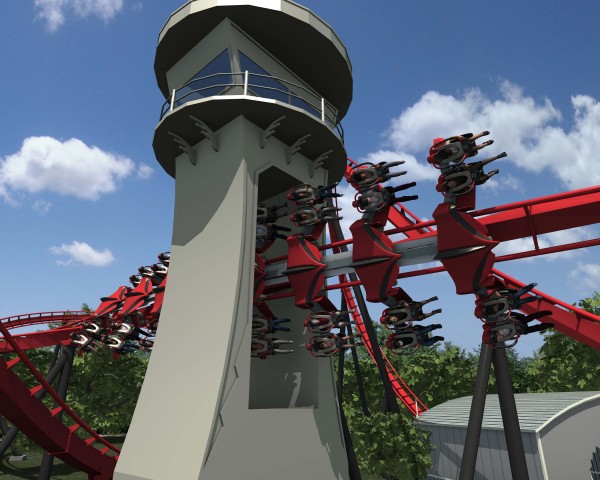