Modelled on the Eiffel Tower in Paris, the 118-year old structure is arguably that little bit more fun, standing 518ft (158m) tall, and packed with a variety of attractions around its base. This shining beacon and national symbol of the great British seaside was reopened on September 1, just in time for the start of Blackpool’s two-month long illuminations. 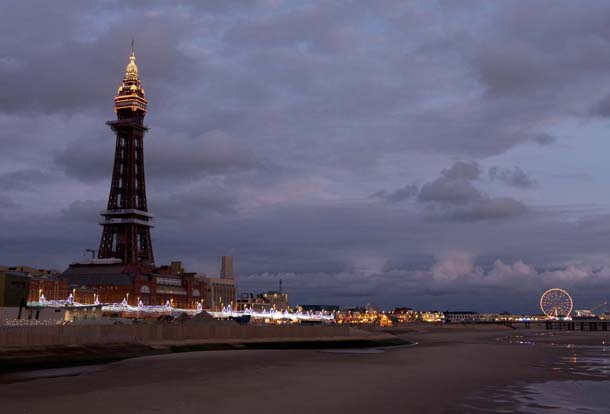 Retaining the grandeur and heritage of the building itself, including the beautifully ornate Tower Ballroom and Tower Circus, part of the tower has been stripped back to give guests a close-up view of the red steel arches, while Merlin has added new attractions including the Blackpool Tower Dungeon, a 4D theatre and a refreshed observation deck.

The global attractions giant was invited to come on board as operator of the tower complex, together with other Blackpool attractions including Madame Tussauds (formerly Louis Tussauds) when Blackpool Council took them public after years of private ownership under Leisure Parcs and First Leisure. So far the council has spent £20 million ($32m/€23m) restoring the tower and the promenade as part of its ongoing £250 million ($400m/€285m) regeneration programme throughout the resort. Following these improvements, it hopes to attract over 800,000 extra annual visitors to Blackpool. 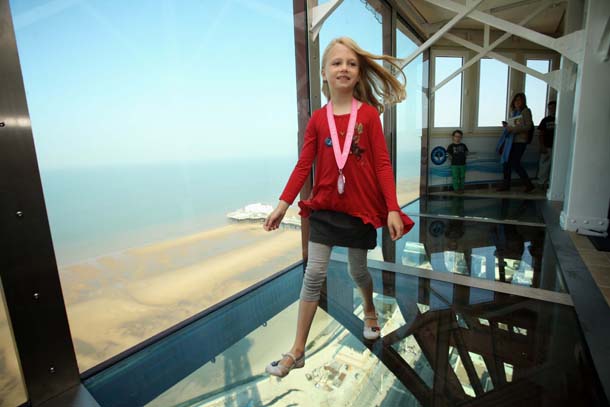 Unrivalled views of Blackpool and the North West coastline are offered from the top of the tower, which Merlin has rebranded the Blackpool Tower Eye, using the “Eye” name for the first time outside London. Exiting the lifts, visitors are confronted with the new Skywalk, a 4.15 tonne glass floor and floor-to-ceiling observation platform that now runs along the entire front side of the “flight deck.”

Replacing the tower’s old aquarium (fish from which have been given a new home inside Merlin’s Blackpool Sea Life aquarium), the Blackpool Tower Dungeon (as seen below) takes a fun look at some of the area’s most horrible history across 10 gruesome scenes and performances. The experience culminates with a public “hanging” on a drop ride during the Pendle Witches’ trial. The “Extremis” attraction was supplied by ABC Rides from Switzerland. 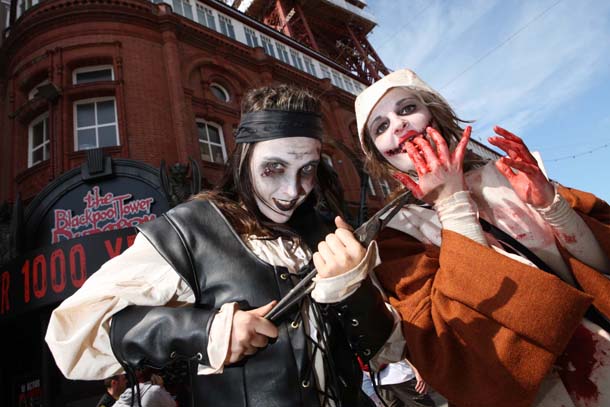 Highlighting his group’s various outlets in the town, together with long established attractions such as the Pleasure Beach, Merlin CEO Nick Varney described Blackpool as having, “more premier league attractions in one ‘Golden Mile’ than anywhere else in Europe” during the tower reopening ceremony. 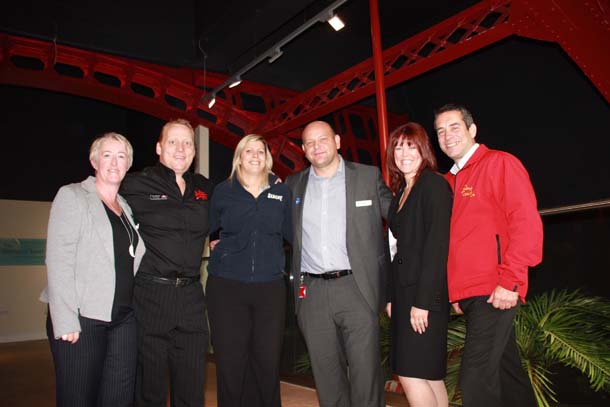 Just like the London Eye observation wheel in the English capital, the Blackpool Tower Eye features a 4D film as a pre-show to the main sightseeing experience. The film was commissioned from the London-based production company Sharp Cookies and plays inside an interactive theatre by Kraftwerk.

Audience members, who stand for the duration of the film, are taken on a trip down memory lane to see CGI images of the tower’s construction, cut with real life footage of North West landmarks and landscapes. Seen through the eyes of a young boy, the emotive film is brought to life with sensory in-theatre effects from sea-spray to the unmistakable aroma of donkeys on the beach. The movie trailer style production, complete with upbeat music by Kylie Minogue, sets the tone for a trip to the top of the tower.

According to Craig Sciba, creative director for the Blackpool Tower Eye, the brief for the experience was, “to create a sophisticated yet fun 4D film that captures the essence of Blackpool and the northern coastline through aerial views and creative storytelling. We wanted to take the success of the London Eye 4D film and build upon it to create a more enhanced 4D visitor experience.” 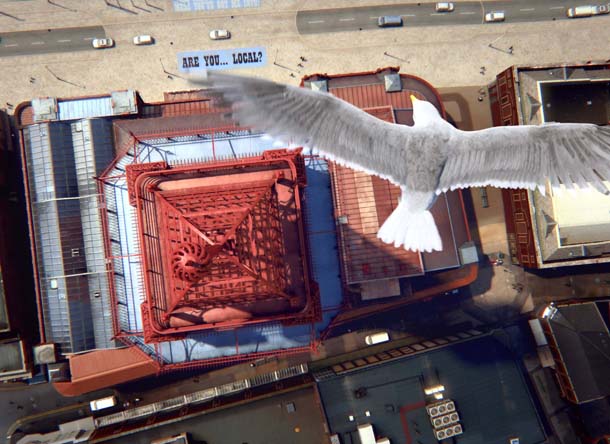 A still from the 3D film