A record-setting Star Flyer, America’s tallest giant wheel and a rollercoaster are destined for the Steel Pier in Atlantic City, New Jersey, as part of a $100 million (€77m) investment plan.

In total, 11 rides, an arcade, nightclub, museum and ballroom will open over the next four years. The plan calls for two-thirds of the rides to be covered, allowing the pier to stay open 300 days per year.

A 385ft-tall (117m) Funtime Star Flyer will be erected in 2013, becoming the tallest swing tower in the world. The 384ft Star Flyer at the Prater in Vienna, Austria, holds the current world record. A new rollercoaster, possibly an Intamin ZacSpin, will be added in 2014, with a 250ft-tall (76m) giant wheel due in 2015. Featuring 42 enclosed gondolas and an LED lighting package, the latter will become the tallest Ferris wheel in the US, taller than the 212ft Texas Star in Dallas, supplier yet to be decided. 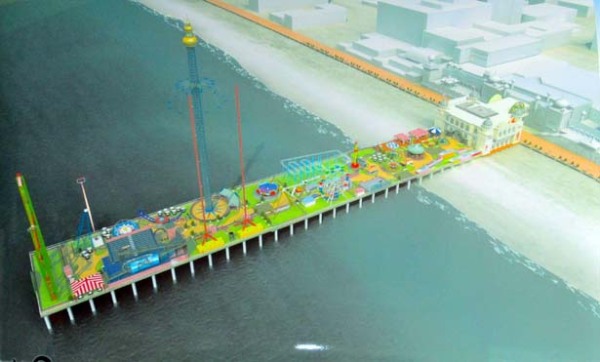