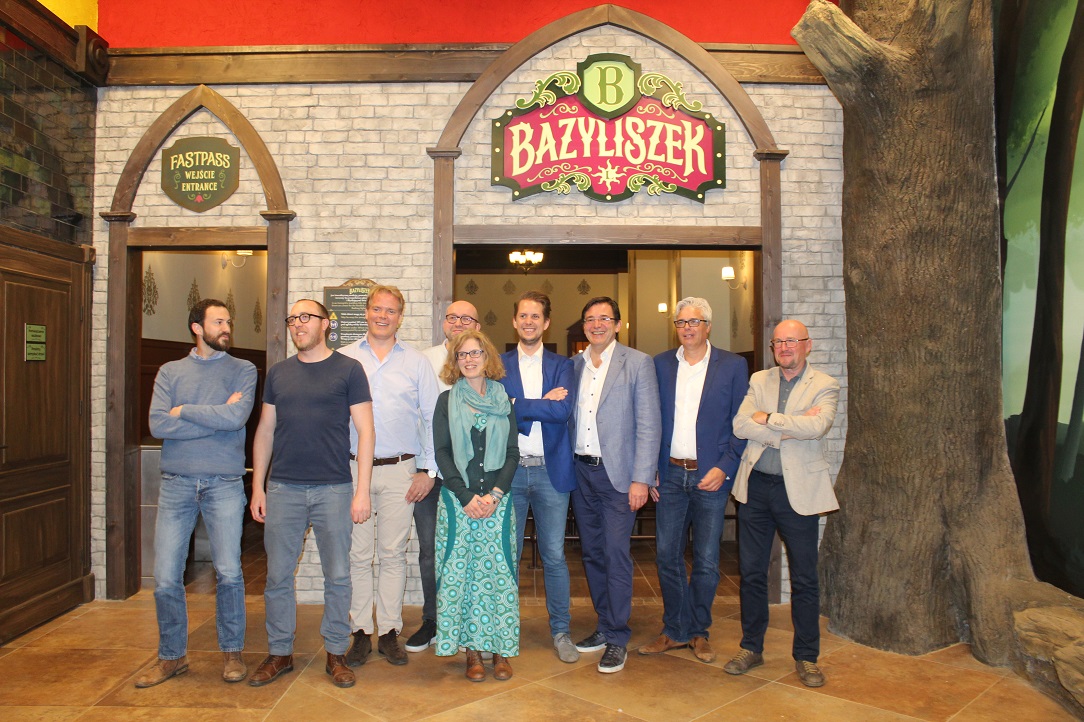 The Park World editorial team joined members of the amusement and attractions industry press at Legendia Park this weekend to experience the new ‘Bazyliszek’ dark ride, created in partnership with Alterface, Jora Vision, and ETF.
The next-generation ride opened this spring as part of Legendia’s plan to update the amusement park into a theme park to rival the major European parks.

The ride narrative takes riders through the town of Kurkowo in ETF-designed Monster Hunter vehicles, joining citizens to fight monsters on a journey through ancient villages, dark caves, forests and ruins. The most fearsome of all is the Basilisk (Bazyliszek in Polish). During the ride, guests use a Monster Hunter laser gun designed by Alterface to battle the Basilisk and other creatures.

In a presentation by Alterface founder and CEO, Benoit Cornet, it was explained that dark rides are becoming more and more modern and specialised, with a focus on a customer-centric experience. Mr. Cornet also spoke about how the Bazyliszek ride was a stand-out example of how high-quality dark rides can be designed for smaller parks with modest budgets.

Legendia CEO Pawel Cebula told the group: “Our goal was to build a high-level dark ride around a well-known Polish legend, and at an affordable budget. With the new Basilisk ride, we offer as a regional park an advance mixed-media attraction that will appeal to young and old.”

Jora Vision, which created the theming for the ride and waiting areas, revealed how Polish folklore inspired the ride and its theming. “Guests get a specific task in the queue and pre-show,” said Simeon van Tellingen, creative director at Jora Vision, “and trees and plants come to life and take all kind of forms and shapes, aligning the scenery with the story and enhancing the ride experience for the entire family.” 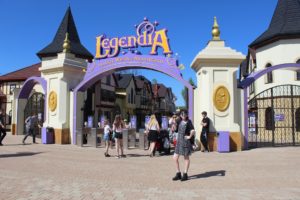 The group then had the opportunity to try out some of the other rides in the park, including the Lech coaster by Veokma (2017), the Legendia Flower ferris wheel, Tornado coaster, and Dream Flight Airlines.

Stay tuned for the full write-up on Bazyliszek in the June issue of Park World!