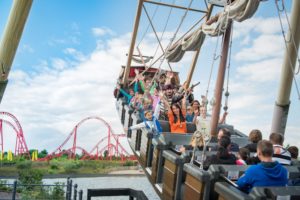 Guests to Belantis Park in Leipzig, Germany, can look forward to three new shows in 2018 as the park celebrates its 15th anniversary.

In February, Belantis was acquired by Spain-based Parques Reunidos which operates more than 60 different leisure parks, water parks, and zoos worldwide. During the course of the acquisition, former managing director Erwin Linnenbach withdrew from his post and was succeeded by Bazil El Atassi, who becomes chief operating officer.

For even more variety in the coming season, Belantis will offer three new interactive children’s concerts: Of Knights, Pirates and Flying Carpets, Scheherazade’s Jewel, and Who wants to be a Knight today? 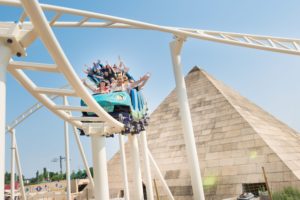 Music lovers can attend the Energy Summer Opening Party on June 9, 2018, held in Belantis’ AbenteuerReich. LEA will headline the bill, along with 30 other DJs and live acts.

Belantis managers have stated that they also want to focus attention on cooperation with local companies this season. Numerous corporations held their corporate events at Belantis in 2017, and the park is hopeful that there are more partners to be gained in 2018.

“After five long months without happy guests, children’s laughter, and the colourful hustle and bustle in the park, I really longed for the opening,” commented Bazil El Atassi, COO. “With Parques Reunidos, our amusement park has gained a new, financially strong, and international owner from whom Belantis will certainly benefit in the future. Integration into the corporate structures gives Belantis the opportunity to develop its entire potential much more dynamically. In the future we will expand our offering for the guests.”