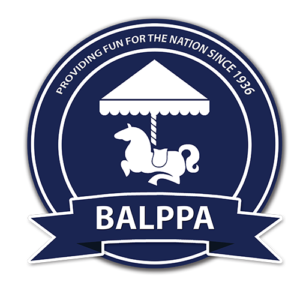 The event celebrated excellence within the leisure industry for FEC and Indoor Play operators, providing an opportunity for BALPPA Members and non-Members to nominate others or self nominate their business across seven categories of awards.

Safari MK was awarded the Gold award for Food and Beverage, with Time Twisters and Hickory Dickory Playhouse winning silver and bronze respectively.

Head Over Heels Charlton won the gold for best attraction sized between 6,000-12,000 square feet, with Cheeky Monkeys picking up the silver and ScallyWags the gold. The Bubbles Factory, meanwhile, won for attractions under 6,000 square feet.

Moving into the big leagues, the gold award for best attraction over 12,000 square feet went to Hobbledown, whilst Kidspace Croydon won silver and Brean Play the bronze.

The gold Employee of Excellence went to Claire Morton of Web Adventure, Jazmine Harris of Partyman World received the silver, and Mark Brooks of West Midlands Safari Park was awarded the bronze.

Teddy Mountain was awarded the gold for FEC Trade Supplier. Regency Purchasing, meanwhile, won the silver and Vimto the bronze.

More than 200 people attended the Awards at Drayton Manor, with BALPPA CEO, Paul Kelly in charge of the proceedings welcoming up the sponsor of each category to present the bronze, silver and gold awards to the winners.