The team behind the relaunch of the French theme park formerly known as Bioscope have confirmed that it will be known as Le Parc du Petit Prince when it bursts back into life this summer.

As previously revealed in Park World (read interview here), the park in Alsace was acquired recently by a group headed by Jérôme Giacomoni and Matthieu Gobbi of the tethered balloon specialist Aerophile. They will reopen the park in July, celebrating the 70th anniversary of Le Petit Prince, created by the late children’s author Antoine de Saint-Exupéry, whose books have gone on to be translated into 275 languages. He was also a celebrated pilot with local links to the Alsace region, where the Aeropostale (airmail) service was founded.

Visitors to Le Parc du Petit Prince will be able to take flight themselves on one of two balloons that will be added to the line-up together with an Aerobar attraction – creating the illusion of “three planets” floating over the park. Each balloon will travel up to 150 metres high, while the Aerobar (as debuted successfully last season at Futuroscope) will allow its seated guests to enjoy a drink at high altitude overlooking three countries: France, Switzerland and Germany.

On the ground, the park will comprise four themed zones. Space will be home to the 3D film Les aventures du Petit Prince and a quiz about astronomy. Aviation will host Wings of Courage, recounting the Aeropostale saga, the Vol de Nuit (Night Flight) simulator and Courrier Sud, where young aeronauts must carry the post to the right continent. In L’Eau sous toutes ses formes (Water in all its forms), guests can enjoy a fountain maze showcasing the adventures of the Little Prince, or travel under the sea on a scooter in the 4D attraction Voyage sous les Mers. The fourth zone is dedicated to Animals and Plants and will feature a butterfly farm plus two live shows, Danse avec les Moutons (Dance with the Sheep) and Rencontre avec les Renards (Meeting with the Foxes).

“Water is very important to the Little Prince story,” explains Giacomoni. “The park has been designed with a lot of ponds with local fish and some water cascades. We will also have a big area with powerful water sprays because Alsace can be very hot in summer, so it will be nice for kids to cool off.” 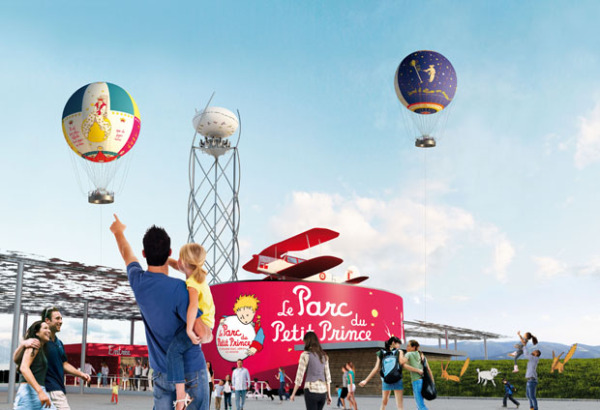 Located in Ungersheim, about 20km from the French cities of Mulhouse and Colmar (and 40km from Baslé-Mulhouse international airport), the park enjoys an attractive location within reach of the Alps, the Black Forest, the Rhine river and the Vosges mountains. Originally opened in 2006, with a mission to explore man’s relationship with nature, the 23-hectare venue’s circular layout is inspired by the crater created when a famous meteorite hit the area in 1492. It closed as Bioscope in September 2012 after years of lacklustre performance under public ownership.

An investment of €50 million is being committed to the Parc du Petit Prince project, including a €10 million contribution from Aerophile. Other backers include Isatis Capital and Caisse des Dépôts et Consignations. Once the transformation is complete, the park will boast a total of 30 attractions.

Below: The park in its days as Bioscope 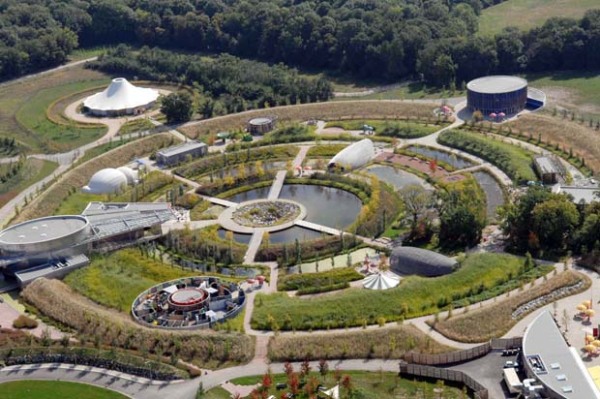 What caught your eye at this year’s IAAPA trade show?