When Legoland Windsor decided to add an underwater ride – the first at any Lego park worldwide – it didn’t have to look far for marine expertise. Park World takes a submarine voyage with Sea Life.

Atlantis Submarine Voyage is latest and most elaborate Legoland attraction to exploit the parks’ connection with Sea Life – the world’s leading aquarium brand – as part of the Merlin Entertainments portfolio. Drawing upon children’s fascination with the sea and combining it with a sub-aqua ride system by Mack, it also integrates the Lego Atlantis toy range. The result is a fun, educational family experience that is perfectly “on brand” as part of the Legoland offer.

“There is a lot of brand synergy in there,” acknowledges Sue Kemp, divisional director for the park near London. “The fact that both attractions [Legoland and Sea Life] are part of Merlin Entertainments and we as a company have a very strong ethical, conservation and educational focus, meant it was just a perfect fit. Obviously the Lego toy range helped too.”

After several weeks’ soft opening, the new attraction was officially unveiled in Windsor last month, where it represents an £8 million ($13m/€9m) chunk of the ongoing £30 million ($50m/€34m) being ploughed into the British park as it moves towards a destination resort model. 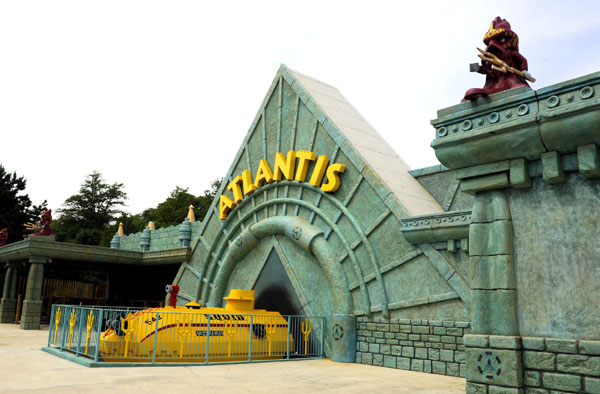 Industry observers will be quick to realise that Atlantis Submarine Voyage bears several similarities to Finding Nemo Submarine Voyage at Disneyland in California. You may even choose to call it Finding Lego. Its routes with Merlin, however, can be traced to Legoland Billund in Denmark and Legoland Deutschland, which each feature an aquarium attraction called Atlantis by Sea Life.

The experience In Billund begins with a pre show inside a “submarine,” however guests travel beneath the water on a moving walkway inside a glass tunnel, a signature attraction of most Sea Life centres. At Legoland Windsor, the submarine itself is the mode of transport.

Boarding above “sea level,” passengers climb down inside the 14-seater vessels, which are driven on overhead rails, and prepare for a four-and-a-half minute voyage along 75-metres of track through a doughnut-shaped tank. A “bubble curtain” creates the illusion of the submarines diving deep into the ocean, as guests enjoy a magical marine journey. Peering out through the windows in the bottom of each sub, they see over 50 species of sharks, ray and tropical fish, as well around 100 Atlantis-themed Lego figures.

“The ride system is not completely new as such, however it’s never been done through water like this before with all the creatures and Lego models in the tank,” notes Kemp. “As usual we went through the tender process and Mack came up with the best concept with the most efficient and reliable ride system. Reliability and the safety of our guests are obviously very important for a theme park like us.”

As the 10th most visited park in Europe last year, with almost two million guests, capacity was also a significant issue: “We have managed to accomodate about 1,200 guests, but on average the throughput is about 1,000 an hour,” reveals Kemp. “That makes it one of the bigger capacity-eating rides on the park.”

Much like many of Mack’s dark rides, Atlantis Submarine Voyage employs an omni-moving transport system, meaning the ride vehicles do not stop during loading/unloading except in the case of failure, evacuation, or for the access of disabled guests (one specially equipped submarine is included among a fleet of eight).

Inside the 1-million-litre capacity aquarium at the heart of the attraction are over 2,500 captive bred fish, sourced primarily from Marine Aquarium Counci-certified fisheries in the south west of England. One of the largest species featured is the Zebra Shark, also known as Leopard Sharks due to their changing stripes/spots, and which grow to an average of three-metres long. The last thing to be added were the submarines.

“The fish and sharks settled in well into their new surroundings and soon got used to the submarines and lots of astonished faces looking at them,” explains aquarium curator Iain Grieves, “but unnatural noises can startle them, so a lot of engineering has gone into achieving silent running.” 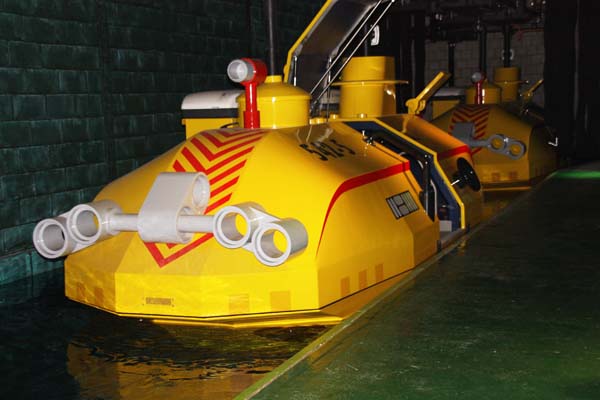 As well as a themed area of queue line immediately before the ride, Atlantis also includes a “discovery zone” once guests disembark, featuring fish tanks and touch pools. For those that take the time to explore this part of the attraction, this takes the total experience to around 10 minutes. Located close to a lake in a relatively undeveloped part of the park, the new attraction provides a welcome spot for families to dwell and in recognition of this, new parent and child toilet facilities have been added close by.

Elsewhere in the park, many of the Lego models have been cleaned and repaired over the winter and there’s also a new 500-seat capacity pizza and pasta restaurant, where an all-inclusive buffet offer seems to be going down well with families.

There has, concedes Kemp, been some resistance to the new £2 [$3.20/€2.20] car parking charge, but nevertheless she feels most guests are happy to tolerate it: “I think there is a general understanding that it is not unusual to pay for parking now wherever you go, not just Merlin attractions. A lot of people spend their leisure time shopping, and that is far more expensive to park than it is here. In fact, it costs more to park in Windsor for one hour that it does to park here all day, and we utilise that money to upgrade and renovate our parking facilities.”

As from 2012, guests will be able to make the most of the park and surrounding attractions in Windsor and West London by staying at Hotel Legoland, the world’s first purpose-built Lego-themed hotel, currently taking shape on the edge of the park, close to Atlantis.

“Not just from a Legoland perspective, but also from a group perspective, it makes sense to provide our own accommodation [other nearby Merlin attractions include Thorpe Park, Chessington World of Adventures and the group’s various central London outlets]. There is only one other Legoland hotel in the world, at Billund, and that was originally a conference centre. This is the first that will be built bespoke, it will be highly themed, and really will be the ultimate sleepover for our guests.”

With millions still to be spent at this popular British park over the years to come, guests can expect more exciting projects. “Certainly in 2014 and 2015 we are looking at bigger product to go into the park,” reveals Kemp. “We haven’t finalised what that will be yet, but it will be ride product, and certainly we will be looking at a new rollercoaster before 2015.” 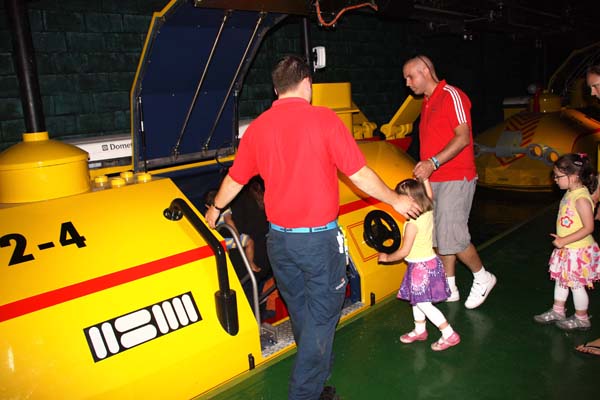 “We had an excellent start to the season thanks to the weather and a special Star Wars event,” notes Legoland Windsor divisional director Sue Kemp. “Now, with the opening of Atlantis Submarine Voyage we have definitely seen a growth in visitor numbers.”

Also popular with guests is a cheeky royal wedding scene in the park’s Miniland version of Buckingham Palace (pictured). “It’s a little bit quirky, “ adds Kemp, “as a theme park I think we can have a bit of fun with it.”

Building on the success of events earlier in the season, a Star Wars cluster of models will be added to Miniland for 2012, something which has been implemented successfully this year at the three other Legoland parks worldwide. 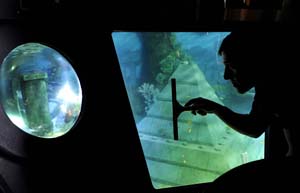