Arthur – In the Minimoys Kingdom 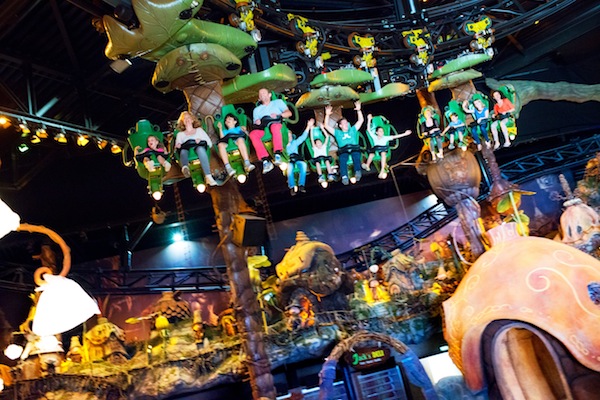 By the park’s own admission it’s “the most intricate indoor attraction in the entire history of Europa-Park”. After several setbacks, Arthur – In the Minimoys Kingdom has been entertaining families since the summer at the popular venue near Freiburg, Germany. 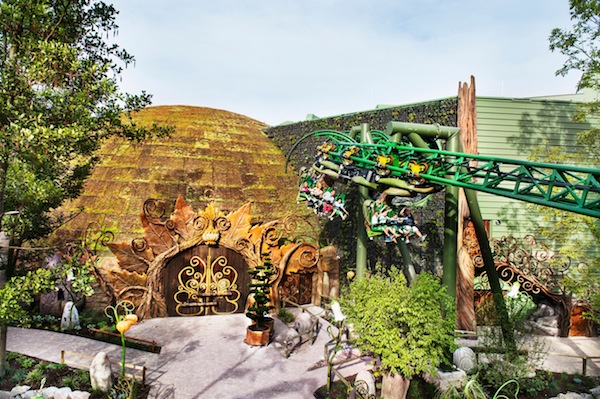 Housed beneath agiant dome on a magical island surrounded by Grimm’s enchanted forest and two streams, the highly immersive experience takes passengers on a 550m/4-minute long flight through lovingly-detailed scenes from French film director Luc Besson’s animated movie trilogy Arthur and the Invisibles. In this oversized underground universe, ants take on mammoth proportions, a blade of grass is as tall as a skyscraper and bees give jet planes a run for their money. 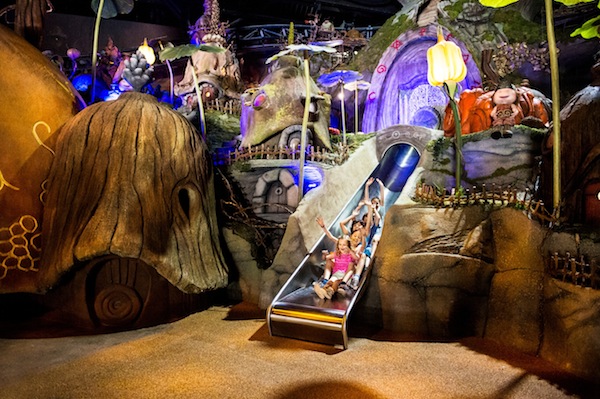 Half dark ride, half coaster, the ride system integral to the experience was developed in-house by Mack Rides of Waldkirch. Passengers zip through the experience in suspended cars that have the ability to turn quickly and accelerate out of a scene. Combined with the outside landscaping, theming, animatronics, sound, lighting, smoke, scent and a custom soundtrack, it offers Europa-Park guests an unforgettable ride. 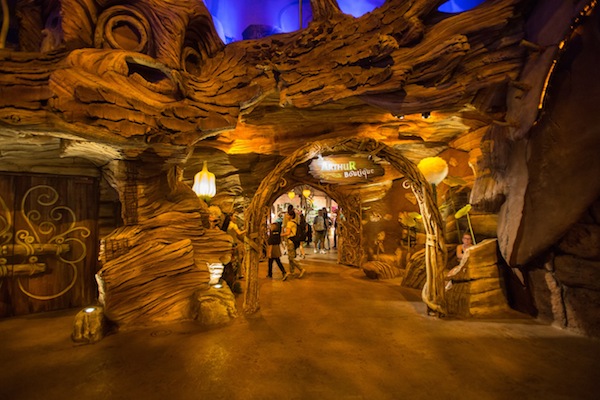 But it’s not over when guests step off the four-person ride vehicles at the end of their journey. A 10m-tall Zierer children’s freefall tower shaped like a red poppy (as above), a large slide area by Atlantics and a “Mül-Müls” themed Zamperla Jump Around (seen left) await elsewhere inside the attraction building. Hungry and thirsty visitors, meanwhile, can satisfy themselves at Jack’s Deli. Additional suppliers and contractors on the project included Neverland, TAA and AAB (theming,) P&P Projects (theming and animatronics), Life Formations and Heimotion (animation) and Kraftwerk (technology). 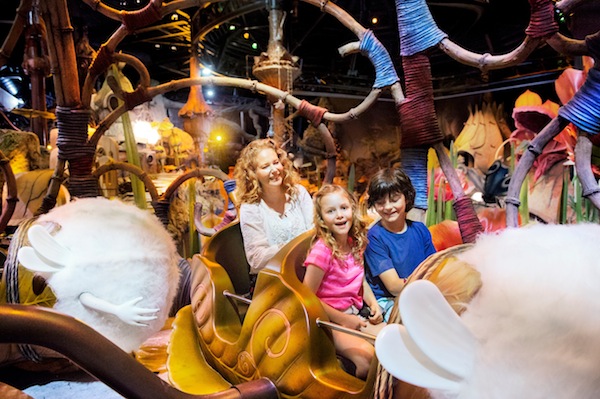 Occupying 3,500 m² of space and with a volume of 45,000 m³, Arthur au Royaume des Minimoys – to give it its French name (Europa-Park is expecting a big influx from across the border with the opening of the new ride) – is the largest indoor attraction since the Mack-run park opened in 1975. Mack Rides has since sold a second ride similar system, which will appear in Dubai as part of another richly-themed attraction. 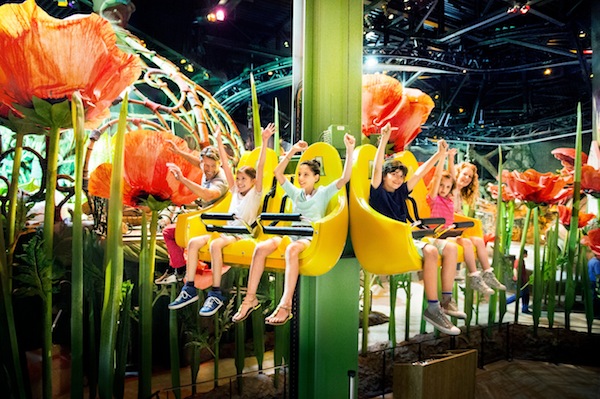