Translated as Arthur – In the Minimoys Kingdom, the 3,500 square-metre addition to the Black Forest park promises to be a unique combination of suspended coaster and dark ride with additional indoor attractions including rides, slides and food, beverage and retail opportunities. “It’s at least four or five products in one,” notes Frederic Pastaszak, project architect for Mack Solutions.

The multi-million euro project is being constructed in co-operation with French film director Luc Besson, the man behind the Arthur trilogy. Billed as the most intricate indoor attraction in the almost 40-year history of Europa-Park, it will be hidden beneath a 15m dome and surrounding structure that will house a magical island, two streams and an enchanted forest.

Guests will be able to enter the world of the Minimoys from 5 April onwards, as their take their seats for a 550m/4-minute-long flight sweeping them into “a microcosm like no other.” In scenes recreated from Arthur and the Invisibles, ants will take on mammoth proportions, a blade of grass will appear as tall as a skyscraper and bees will give jet planes a run for their money. Arthur au Royaume des Minimys is not the first Arthur-themed attraction in a European theme park, but when asked at Euro Attractions Show what made it different to Arthur L’Adventure 4D at Futuroscope in France, Pastaszak was quite clear: “At Futuroscope it’s a simulator attraction, whereas we are creating a full Minimoys kingdom featuring animatronics, special effects and a unique ride system, not to mention the other attractions we are building alongside it.“

Mack Rides, Europa-Park’s “in-house“ manufacturer from nearby Waldkirch, will supply the main ride system – the first of its kind – which will feature cars that are not only suspended below the track but can also turn horizontally. Passing through seven themed kingdoms and also outside the building, the cars pass through both dark ride and coaster-style sequences. The minimum passenger height will be just 1 metre.

Additional rides within the Minimoys Kingdom will include Cornpoppy, a family freefall tower from Zierer; Mül-Mül, a custom-themed Zamperla Jump Around; some steel slides by Atlantics and a playground. Theming will be provided by Neverland Decors, P&P Projects, TAA and AAB, while Life Formations and Heimotion will supply animated figures. Kraftwerk has been confirmed as another supplier to the project.

In adding Arthur au Royaume des Minimoys, Europa-Park hopes to increase the number of French visitors to the park, who already account for over one million of its 4.5 million annual guests and a large percentage of overnight stays in the on-site hotels. Run by the Mack family and located in Rust near Freiburg, Europa-Park sits roughly 20km from the French border, and also close to Switzerland.

Luc Besson’s 2006 fantasy saga Arthur and the Invisibles, or Arthur et les Minimoys, is an action-packed fairytale adventure that enjoys the distinction of being the most expensive European animated film of all time. In order to save his grandmother’s home from being sold, the star of the film must find his grandfather’s treasure. On his search Arthur is shrunk to the size of a Minimoy and enters the magical world of these small beings. There he meets the beautiful Minimoy princess Selenia and her little brother, a clumsy boy named Beta.

Together the three of them embark on an unbelievable adventure and fight Maltazard, or villain M, who not only wants to conquer and tyrannise the land of the Minimoys, but the entire universe too. Now a trilogy, the series also includes the 2009 movie Arthur and the Great Adventure and 2010’s Arthur 3: The War of Two Worlds. At Europa-Park, the Minimoys’ kingdom will be recreated in painstaking detail inside Arthur au Royaume des Minimoys. 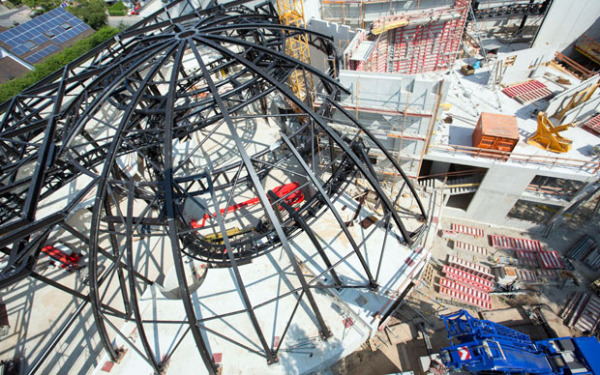