Aqualibi – the indoor waterpark at Walibi Belgium – has reopened after an €11 million ($16m) refurbishment.

Located in Wavre, the waterpark first opened in 1991, providing a constant 29-degee tropical oasis on the outskirts of Brussels. To enable the transformation – thought to be the first time in Europe that a park has been disassembled and then completely rebuilt – the park was closed for 500 days, reopening on March 23. 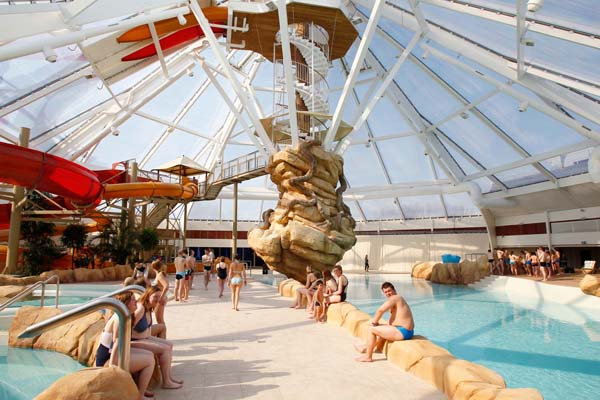 The new look waterpark is designed to provide a more light and airy feel, with a contemporary choice of materials and colours used throughout. To meet guests’ increased expectations, access to Aqualibi, the reception areas, changing rooms and other amenities have been redesigned and enlarged, including the addition of new family cabins and facilities for the disabled. Meanwhile waterpark guests wanting a bite to eat will appreciate direct access to the new Palm Beach Club restaurant.</p>

In designing the waterpark, Walibi Belgium was keen to reduce its energy consumption and this resulted in several sustainability initiatives including increased insulation, energy-saving lighting, the installation of solar panels to heat water and showers, recovering heat from the water to heat the air and reducing water discharge.

The waterpark’s relaunch comes as owner Compagnie des Alpes relaunches its four Walibi properties in Europe (one each in Holland and Belgium and two in France) with a musical theme. Accordingly Aqualibi gets a new mascot, Fibi, singer in Walibi’s cartoon band. An outdoor Aqualibi waterpark is featured at Walibi Rhone-Alpes in France. 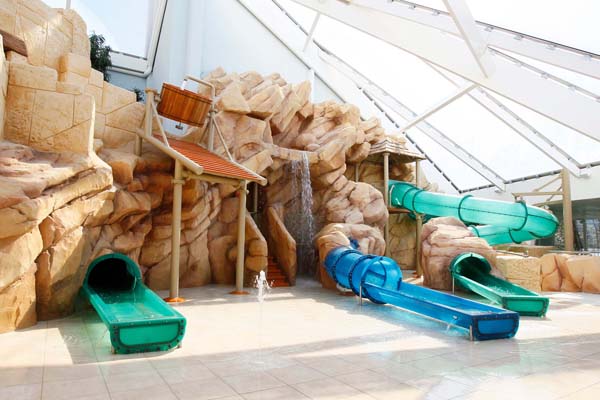