Another new ride for Thomas Land 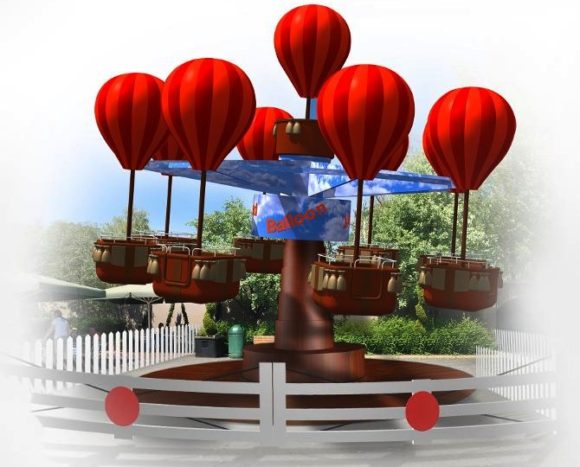 Since it opened in 2008, Thomas Land at Drayton Manor has twice been expanded with new attractions, and for 2017 the UK amusement park is adding one more.

Opening on April 1, James and the Red Balloon is based on the Thomas the Tank Engine story of the same name and will fly families above Thomas Land as its lifts and tilts up to 15ft (5m) into the air. From the ride’s highest point, passengers will be able to see extensive views of the park and the whole of Sodor (the town around which Thomas Land is based).

As with many of the existing 20 Thomas Land attractions, the James and the Red Balloon ride will be supplied by Zamperla. Drayton Manor reopens from February 18 to 26 for the half-term school holidays, then hosts Thomas and Friends weekends from March 4 onwards before the whole park reopens for the main season on March 30, two weeks ahead of Easter.