Nothing beats riding a water ride in the heat, which is why PortAventura’s big new attraction for 2014 is great news. Here’s the first pics!

Opened on 11 April, Angkor: Adventure in the Lost Kingdom kicked off the new season in style and should really come into its own when summer arrives on the Costa Dorada and temperatures rise steadily (at the launch it was 19°C). 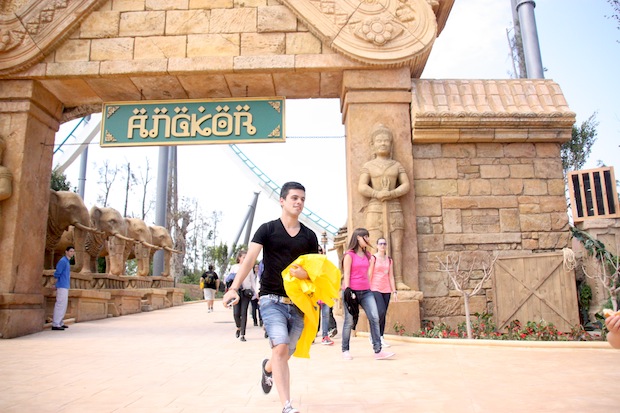 The interactive boat ride from Mack is located in the China themed zone of the destination resort near Tarragona, in the shadow of Europe’s highest rollercoaster, Shambhala, and the 7-inversion Dragon Khan. Covering an area of 10,500 sq m, however, Angkor is almost an entire zone in itself, complete with the high quality theming PortAventura is well known for. 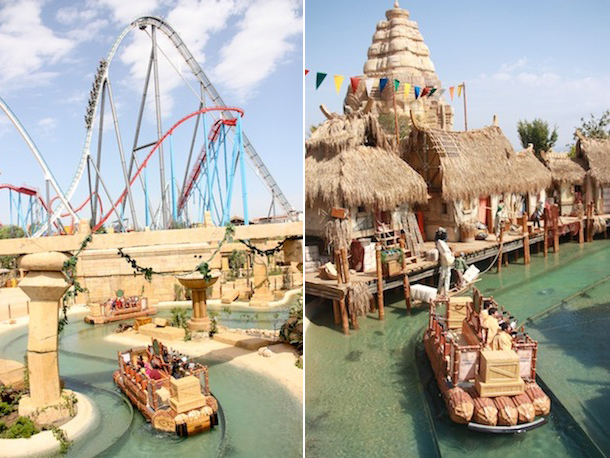 The inspiration for the €10 million attraction is the Cambodian temple of Angkor Wat, considered to be the world’s largest religious structure, a replica of which sits over the ride loading area. Stone work, statues, mysterious villages and jungle landscapes create an inviting atmosphere as passengers set sail on a nine-minute expedition filled with plenty of raft-to-raft water combat. Onlookers can join in the action by firing water cannons from around the perimeter of the ride, but only Angkor riders can trigger the special effects hidden along the route. 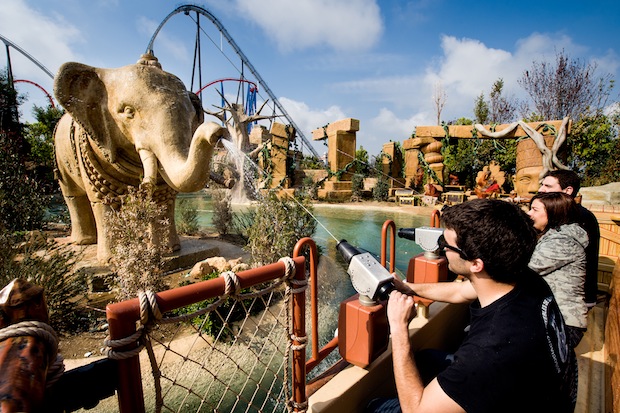 A total of 14 eight-seater boats were supplied by Mack, propelled along a water course of over 300 metres – double that of many similar attractions. Hourly capacity is approximately 726 passengers. 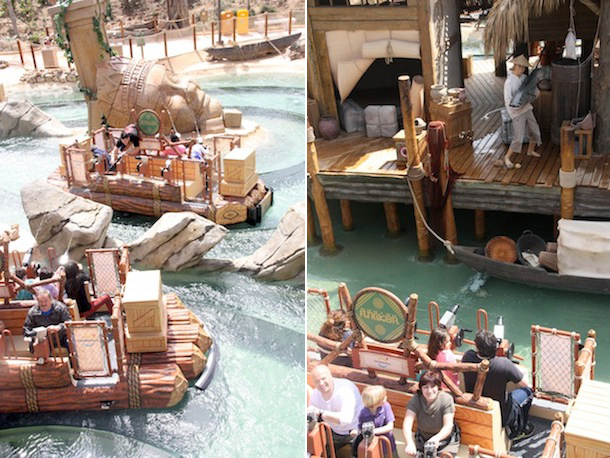 As from July, PortAventura guests will be able to enjoy world-class live entertainment from Cirque du Soleil, which will be presenting its Kooza show for a seven-week summer run ahead of possibly making the resort a permanent European home. There’s also a fresh 4D film for 2014, Submarine Odyssey, now playing in the Sea Odyssey theatre. 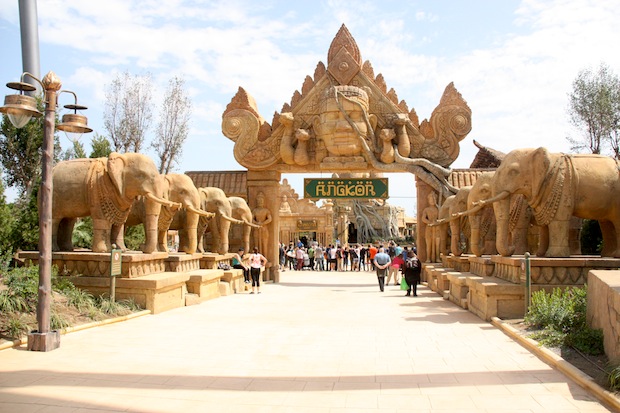 A full Angkor profile – and more pics – will feature in the May 2014 issue of Park World, together with more details of Ferrari Land and other exciting plans for the future as part of PortAventura’s expansion strategy.