After three years as executive director of IAAPA’s European office in Brussels, Andreas Veilstrup Andersen is to return to park management in Scandinavia as CEO of the Liseberg Group in Gothenburg, Sweden. Here he talks to Park World editor Owen Ralph.

The 38-year-old Dane will take over from current Liseberg CEO Mats Wedin in February 2011. A former general secretary of the Association of Danish Amusement Parks, he previously served in a number of senior roles at Tivoli, the amusement industry institution in the heart of Copenhagen.

What persuaded you to leave park management in 2008 and take up the role with IAAPA Europe?

I had been with Tivoli for seven or eight years and at that point I had kind of come as far as I could. I think I just needed a change, something with a more international outlook, and when the IAAPA job came along I thought that would be a great challenge. It was exciting because they were starting something new and it was a chance to shape things. Before that I wouldn’t say there was nothing, but it was a smaller operation.

What have you achieved at the association?

I hope we have changed the perception of IAAPA as a purely US association. We had to prove that we are thinking about Europe and also governed from Europe. When people in Europe think of IAAPA, they think primarily of the Expo in Orlando, and I hope we have proved we are more of a full service organisation.

How does IAAPA complement the established national trade associations in Europe?

In Europe, IAAPA membership will always be what we call a secondary membership; people tend to belong to a national association first and foremost, and it makes sense because these associations are doing a good job. However, with globalisation and the European legislative agenda, it is really important that there is someone who can represent all the different countries together. For almost two years we worked hand in hand with Europarks on European Union issues, before Europarks dissolved itself and we took over the responsibilities. It’s also great to have someone to bring the industry together at the trade shows.

What European Union (EU) issues should the attractions industry be aware of?

I do not see anything coming up right now that would be of immediate concern. There is an upcoming revision of the VAT (tax) directive that could have some impact on the attractions industry. Right now we have an option in the directive to apply a lower rate for attractions, which we would very much like to uphold. With the Lisbon Treaty, suddenly tourism is a hot issue and I expect we will see more tourism initiatives coming from the EU.

I think with 7 or 8,000 people and over 250 exhibitors EAS is now really quite substantial, but that said I still see potential to grow this show if you look at the size of Europe and the number of operators. As far as large trade shows focused on the amusement and theme park industry go, I do not think we will see any more, but I could be wrong. Many national trade associations already have small trade shows or exhibits with their annual meetings, and I think there’s always room for that. What me might see is vertical trade shows appearing focusing on, for instance, FECs or waterparks.

Is autumn (fall) the right time of year for EAS and does IAAPA risk cannibalising its own market by holding Attractions Expo so soon afterwards in the States?

I don’t know! Right now we are testing the fall time for EAS, the problem is I do not think there is any time that benefits everyone so it’s always a compromise. There is actually a surprisingly small overlap between the two shows when it comes to attendance, but of course you want exhibitors to be able to move between the two so we have to be careful not to hold them too close together.

How much growth do you predict for the industry in Eastern Europe and is the rest of Europe now a saturated market?

What we see at IAAPA Europe is that there is increased interest in membership from Eastern Europe; there is increased interest in attending EAS. We see a lot of projects in the pipeline, but it still remains very much an emerging market and there is not that much going on right now. There are quite a few FECS and indoor facilities, and I think they may find their own model based on market conditions and consumer preferences. I think the Northern European market, including the British market, is very mature but we do see some projects happening. 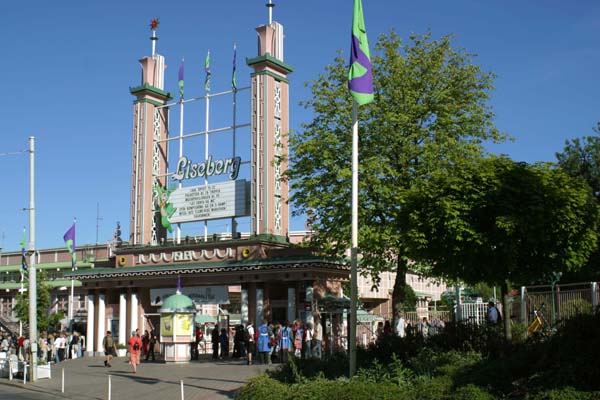 Do you expect much more consolidation among European parks?

I think it is an ongoing process; it’s a cycle. I am not sure where we are in that cycle, but there are over 300 amusement parks in Europe and right now and I do not think we will see the majority of those parks operating within corporate groups.

The new role at Liseberg iis your “dream job.” Why?

It’s a park I know very well; I have been there, I don’t know, 50 or 60 times. I worked very closely with them while I was at Tivoli, I worked very closely with them at IAAPA, I know the team very well and have a lot of respect for them. Tivoli and Liseberg are very often called sister parks, they come out of the same tradition, with a nice balance between amusement park and cultural institution and a vibrant atmosphere and rapport with the local community. I really like that balance. Liseberg is a park that has a very special place in my heart; I “get” it.

How will you continue Mats Wedin’s legacy?

Mats has kept the balance that I talked about, but one of the interesting things is that all the things he and his team put in their masterplan have been implemented! I think Mats has lifted the quality over the last 20 years, and continued the path that Bo Kinntorph took when he took over in 1973. He’s remained true to what makes Liseberg unique and if I could do the same I would be very happy. The most important thing with a city park like Liseberg or Tivoli is to remain important to the local community. They do become to a destination to an extent, Tivoli has just opened a new hotel for example, but the majority of guests will always be local and should keep that in mind as you develop the park.

Your role is CEO of the Liseberg Group, not just the park. What are the group’s other activities and do you plan any park acquisitions?

No. We are owned by the Gothenburg municipality and everything that Liseberg does has to have some kind of link with the city. Right now there is the amusement park, there are three hotels, three campsites, there is a Giant Wheel on the harbour front. There’s a number of activities in the leisure and attractions industry, but they all have some connection with the city.

How much scope is there for expansion at Liseberg?

There are some limits, but it’s also a challenge. The fact you are landlocked forces you to look very critically at everything you do. When you do something, you must do it right, because you can’t just put a rollercoaster on the parking lot. It has been part of the strategic plan for a number of years to have a hotel on site, but those plans at the moment are not very concrete.

Winter openings are now an important business for several European parks, especially in Scandinavia. Why does it work here and not in the United States for example?

I think it has a lot to do with the way the parks react with their location. If you look at Tivoli, at Liseberg, even Phantasialand in Germany; they are all well integrated into local society and I think that probably makes it easier to have these special festivals. Most parks, whether it is the US or Europe, are based on regional attendance, and if you want people to come back again and again you need to reinvent and package your park in new ways. Halloween in the US is huge, for example, but for a city park like us winter openings just make more sense. 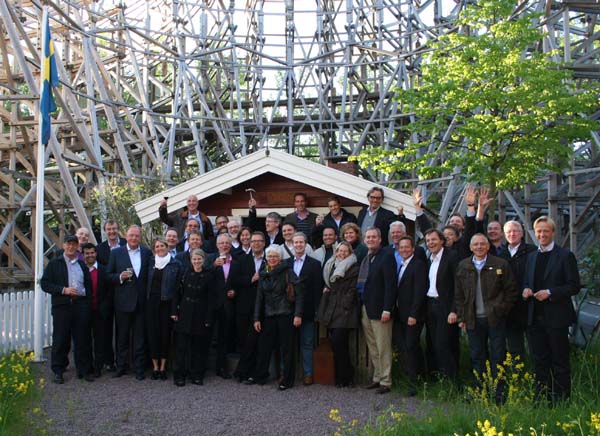