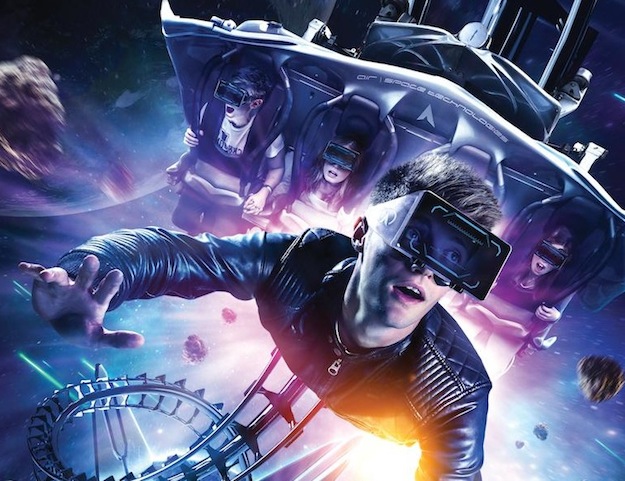 The famous British park Alton Towers is to give one of its biggest attractions an intergalactic upgrade with the introduction of the world’s first full-scale virtual reality (VR) rollercoaster experience.

Air, which debuted in 2002 as the world’s first Bolliger & Mabillard (B&M) flying coaster, will reopen this coming April as Galactica. Technology from Figment Productions near London will take passengers off on an exciting space adventure complete with virtual space suits and visuals perfectly synchronised to the coaster’s twists, turns and loops. Guests will ride in a prone position along the 840m-long (2,760ft) track to recreate the feeling of flying. The ride is located in the Forbidden Valley section of the park, alongside other B&M favourite Nemesis.

Alton Towers and its owner Merlin Entertainments is hoping to piggyback on the current excitement for the space exploration that followed Tim Peake’s (the first British man to go into space) maiden voyage in December 2015 and the arguably more interesting NASA mission to Mars and anticipated landing of a spacecraft on Jupiter.

“For two minutes, our guests will be transported into space,” says the park’s marketing director, Gill Riley. ”We believe Galactica showcases the future for theme parks around the world – it’s a complete game changer!”

According to Simon Reveley at Figment Productions, the result will be far superior to any simulator-based experience: “No simulator can reproduce what we have done because if the brain and the body are in conflict and the brain tries to tell body it is ‘flying’ then result is motion sickness, sometimes quite severe! So only the combination of a real coaster flight and the VR can produce this experience.” 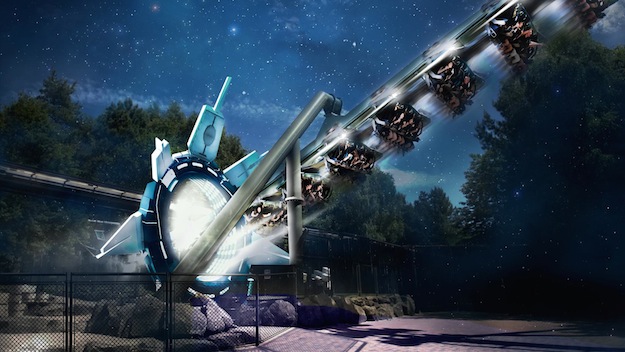 Figment has been working on virtual reality projects since 2006, realising the Vector VR system that will be used on Galactica in 2014. “It was based on an idea that originally saw us strapping mobile phones to our chests and whizzing around the studio on wheelie chairs,” remembers Reveley. “Before long, our long-standing relationship with Merlin meant we were lucky enough to test our fledgling system on a real rollercoaster and now it has matured into the world’s first fully realised VR motion-sync system.” 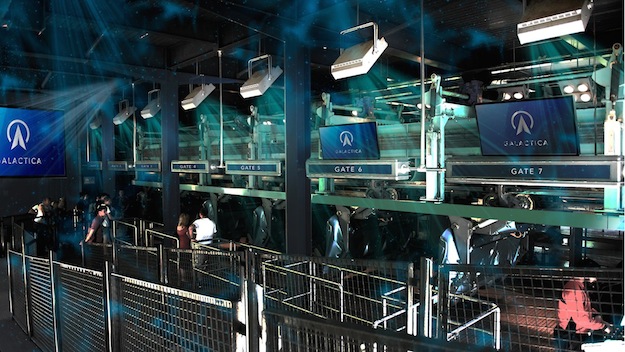 MackMedia famously pioneered its own VR Coaster experiments behind closed doors in 2014 at Europa-Park in Germany before making the technology available to the public on a limited basis last season on the park’s Alpenexpess mine train. The new innovation at Alton Towers, however, represents the first time VR has been extended to a full rollercoaster.

Also new for 2016 at the British resort will be the Rollercoaster Restaurant (see video below). Opening in May, it uses the same entertaining food delivery system as Europa-Park’s FoodLoop restaurant, courtesy of the German company Heine Mack (no relation to the Mack family at Europa-Park/MackMedia).

Reveley adds that Figment Productions is currently in talks on around half a dozen other potential Vector VR projects. “Primarily its uses are in parks and other attractions, but in some circumstances ambitious live events might also benefit from Vector VR. We will have a major, bespoke project announcement in the near future.”

New dark ride will be Efteling’s most expensive attraction ever