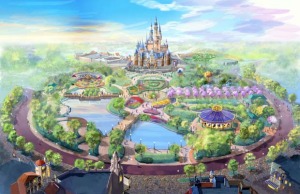 Once again I’ve been travelling in Asia, spending a lot of time in China. While teaching a class in Events Management at Shanghai Normal University, the following quote graced the story in a story in the English language newspaper Shanghai Daily News: “Out with the old and in with the new is what it takes for an amusement park… always keeping fresh is the only way for us to attract a steady flow of tourists.”

The quote came from Ding Yicheng, general manager of Jinjiang Playground, Shanghai’s oldest amusement park. Mr Ding was discussing the fact that the park’s vintage Ferris Wheel will be the last of the original rides from the 30-year-old park to be retired next year. Apparently, the wheel can no longer be maintained due to lack of parts.

Perhaps the story behind this story, though, is the fact that an even bigger wheel may be appearing somewhere else in Shanghai in the not too distant future, so even this relatively big wheel from its era can no longer stand up in the market.

As I explored further during this particular visit, I found that Shanghai has a lot going with regards to the amusement industry. Although it is a very vibrant city and does some things extremely well, such as staging the largest event of our lifetime – Expo 2010 – Shanghai doesn’t have too many “wow” attractions like, let’s say Beijing with its Forbidden City, Summer Palace and Great Wall so close by.

Soon there will be Disney (pictured) and there is already Happy Valley from OCT, China’s largest theme park operator that I’ve talked about in previous articles, and of course the Jinjiang park. Merlin Entertainments is in town with Madame Tussauds and a Seaquarium that it will soon rename and remarket. Maybe Merlin will bring some of its other brands including its star jewel, Legoland. Additionally, there is a DreamWorks park planned for an area closer to the central part of the city, which may help it compete more effectively with Disney. Six Flags and SeaWorld are also reportedly interested in China. Additionally the International Expo Museum featuring the history of Expos and lots of artefacts is supposed to open in the next two years.

So things are now happening, but can all of this succeed? It is hard to say. On the positive side there is China’s massive population, Shanghai’s abundant hotel base, fantastic cityscapes and also its world-class restaurants at very reasonable prices. On the negative side is the fact that Western tourists visiting Shanghai might not be as prone to spending time in theme parks as they would in a pure tourist destination like Orlando.

If the operators can make the parks in China culturally relevant, put in unique attractions not found anywhere else in the world, and price the attractions in such a way that the Chinese mass market can afford admission, then perhaps all of this can work.

It is still the vase that some parks in China are being built not to be profitable in their own right. but rather as catalysts for wider real estate development. Take, for example, Beijing’s new Global Center, the world’s largest building by volume. Here the shopping and Paradise Island Water Park occupy only an estimated 35% of the total space. The rest is real estate comprised of residences and office space.

At the very least Shanghai will become a test market for the attractions industry in China (and beyond), and many people will be paying close attention to developments. I know I will! 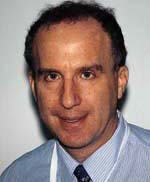 Dr Samuels has written over 150 articles for the amusement, theme park and entertainment industries. He provides diverse consulting services in general marketing and market research, facility development, customer service, safety, crowd and event management, plus promotional activities such as birthday parties. He can be reached at samuelsj@mail.montclair.edu

Thinking about theming and making it happen