Alien Invasion on the Gold Coast!

“This is a spectacular ride experience like nothing else in Australia,” notes Tim Fisher, CEO of Warner Bros Movie World parent company Village Roadshow Theme Parks. “Superman, Batman and a league of DC Comics Super Heroes will join guests as they use their 3D laser blasters to stun their way through cities which have been overrun by the evil villain, Starro the Conqueror.” 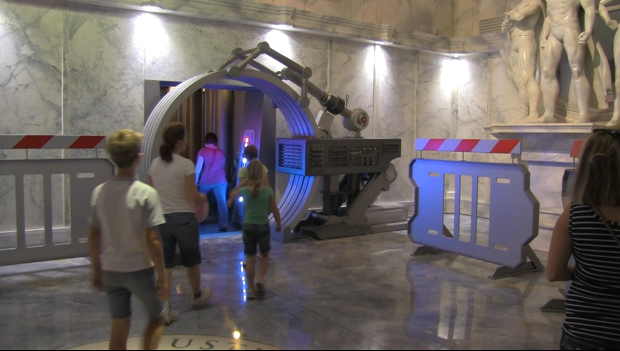 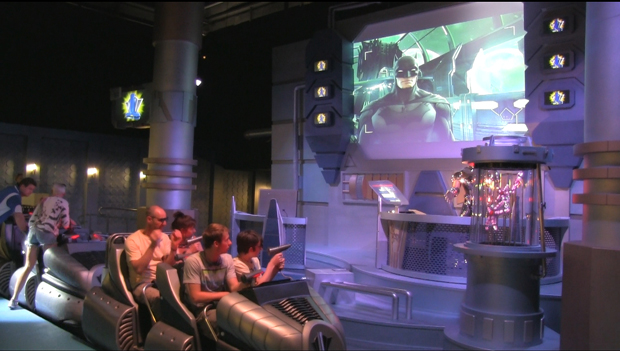 Passing into the pre-show area, guests discover the impressive animatronic Cyborg in his test lab, and Batman beaming in from the Justice League Watchtower Command Center. Once aboard their tactical assault vehicles, riders are teleported into the dark streets of Gotham City and join the Justice League in an epic battle, culminating in a dramatic struggle between Starro and Superman. 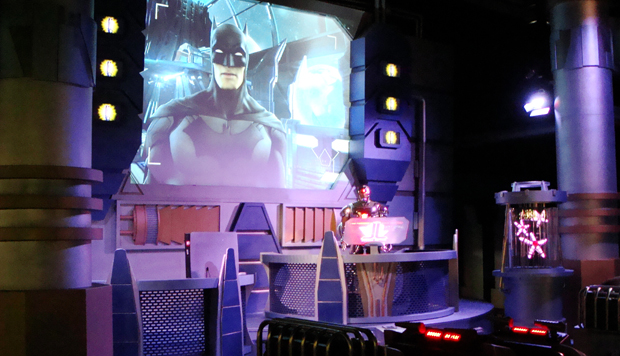 “Our goal was to create a ride that could be a fun and exciting experience not only for hardcore fans of the Justice League franchise, but also those not so familiar with the characters,” says Sally CEO John Wood. “There’s a lot of action and interaction throughout the ride, with scenery, animatronics, high-definition CGI animation and special effects blended into the city streets and spaceship sets.” 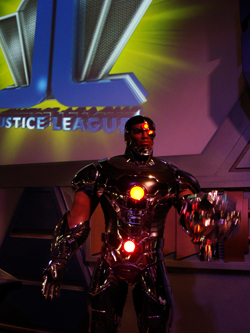