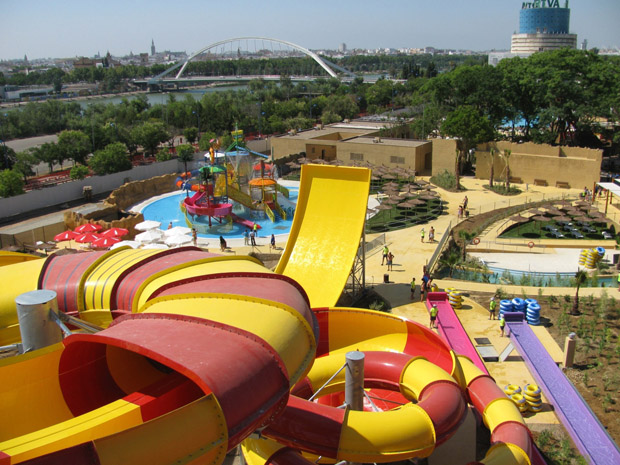 Opened this summer in Seville, Agua Mágica at Isla Mágica is the latest waterpark to be added to the the Looping group portfolio, a €6.5 million ($5 million) facility designed and kitted out by Polin Waterparks & Pool Systems. 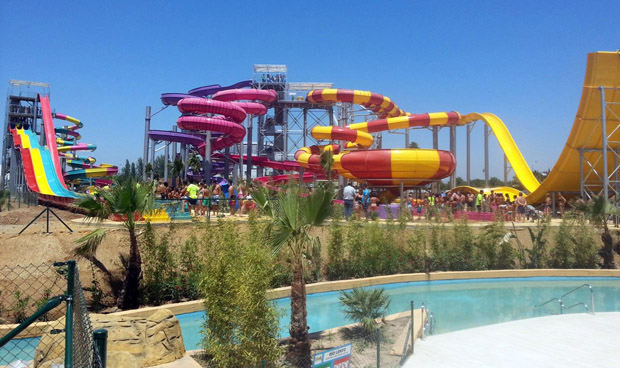 Occupying a more than 20,000 square metre (215,000 square sq ft) corner of the existing theme park, the new addition comes hot on the heels of the Aquaventura “slide park” introduced by Looping last season at Hellendoorn Avonturepark in the Netherlands. And just like at the Dutch property, the facility is offered as an affordable upgrade on top of regular park admission, in this case €7.00 per guest. 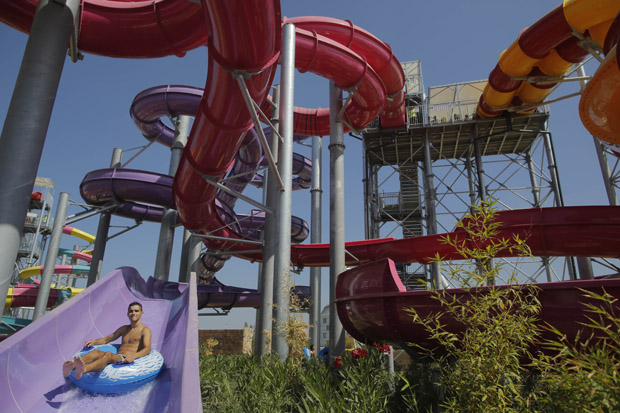 Positioned as “the beach of Seville”, it’s one of two new waterparks annexed to theme parks to have opened this season in Spain, the other being Parque Warner Beach in Madrid, profiled in the last issue of Park World. Opened in 1997 on the site on Expo ‘92, Isla Mágica was acquired by Looping only last year, when its chances for survival appeared bleak. Its new French owner decided that, together with some new management techniques and cost controls, a waterpark was key to revitalising the park and saving it from closure. 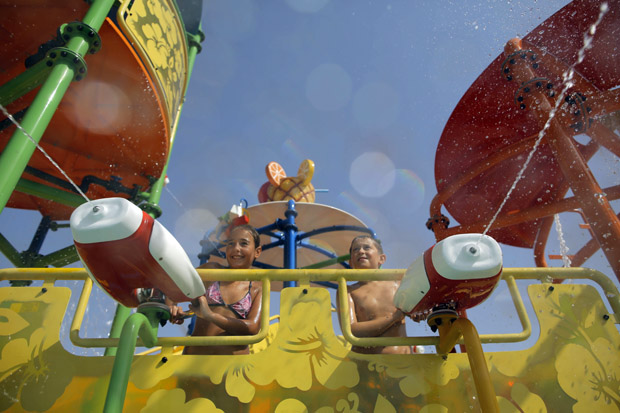 The company had already seen how successful Aquaventura had been, bringing in up to 7,000 extra guests per day to Hellendoorn last summer. Yet whereas the Dutch facility is all about the slides and opens just for a two months a year (July and August), Agua Mágica offers a full waterpark experience to cool guests down in the Andalucian heat from July through until late September. 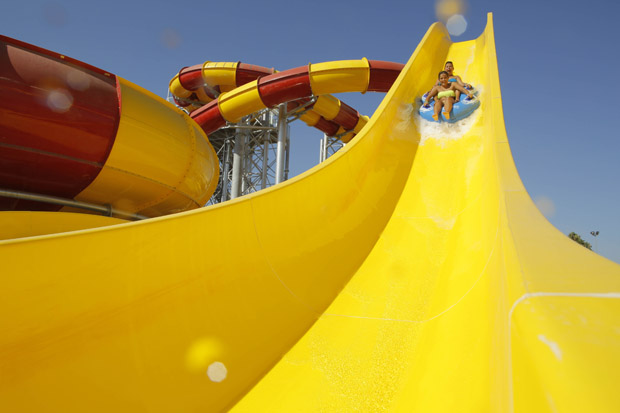 “We wanted to invest in attractions that would not only excite local residents and entice them to come back many times over the summer season,” says Looping CEO Laurent Bruloy, “but that would also intrigue visitors from outside the area. We know that these waterslides will help build guest loyalty because they are unique and thrilling. Plus we provide an actual beach experience with our wave pool in an area of Span that is far from the coast.” 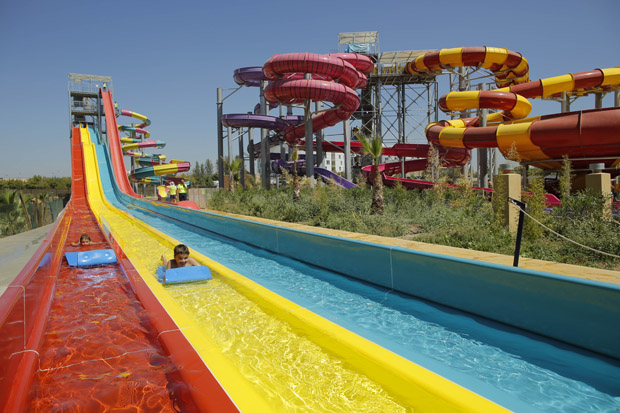 “Waterslides and water play structures are appealing to families who might not otherwise be interested in the ‘typical’ theme park experience,” adds Agua Mágica manager Guillermo Cruz. “After all, a waterpark allows guests to spend much more time together than in most theme parks. They can ride many of the slides as a group. They can splash together in the wave pool or float along in the leisure river. And they can let little ones entertain themselves with the interactive gadgets and gizmos of the kids’ water playground. Those are experiences you just can’t get at a dry park.” 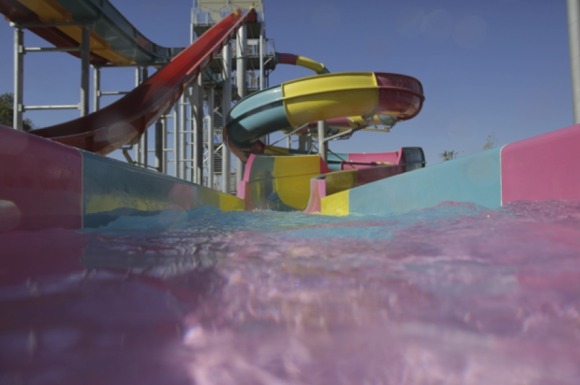 Working alongside Cruz are Pierre Cathala and Arnaud Coste who bring with them experience of other well known waterparks. Since it opened to the public on 10 July following an inauguration ceremony a week earlier, management has been presiding over good crowds at Agua Mágica, which can accommodate up to 4,000 guests a day. The total attendance won’t be known for a week or two yet, but main park typically welcomes around 600,000 visitors annually. Over time, as business grows, the waterpark season may be extended to bring it line with the calendar at Isla Mágica. The Looping group is now believed to be mulling plans for a third waterpark, more along the lines of the slide park model seen at Hellendoorn, for its Bagatelle park in France. 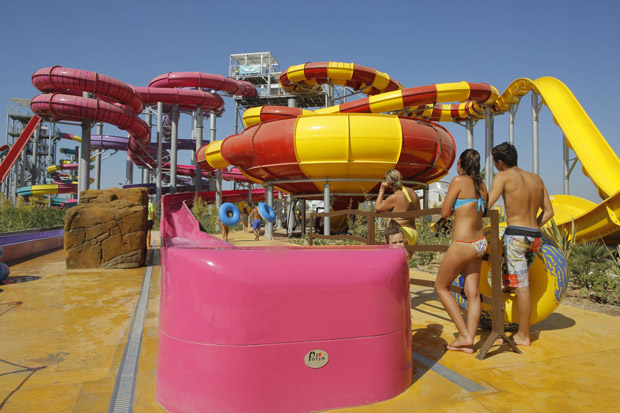