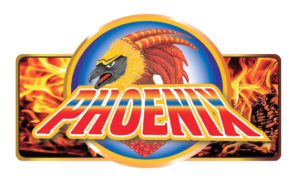 Adventureland Park, Altoona, Iowa, will add a new $6 million spinning roller coaster for the 2019 season. From Maurer Rides, “The Phoenix” will be the second new steel roller coaster added in the park since 2016.

“The Phoenix” will reach speeds of up to 40 mph (64 kph) and heights of over 50 feet (15 m). Riders will experience a new level of spin-sanity as the coaster cars rotate 360º. The Phoenix will “rise from the ashes” at the end of Adventureland’s main boulevard, in the space where the Super Screamer stood until 1999 and the Inverter, which was retired after the 2017 season, had been located.

Site work for the new ride is underway, with construction of the ride slated to begin in late February. The ride is scheduled to open to Adventureland guests in June of 2019.

Six Flags set to dive in to magic waters waterpark