Launched on Halloween to kick-start the park’s Fright Nights weekend, Abyss at Adventure World in Perth is Australia’s first Euro-Fighter coaster from Gerstlauer.

The AUS$12 million (US11.5m/€8.5m) attraction features heart-pounding twists and turns, plus stomach-churning drops. The largest single investment in Adventure World’s 30-year history, it is credited with putting Western Australia firmly on the world stage when it comes to theme parks (as this article demonstrates), and double digit attendance growth is expected as a result. 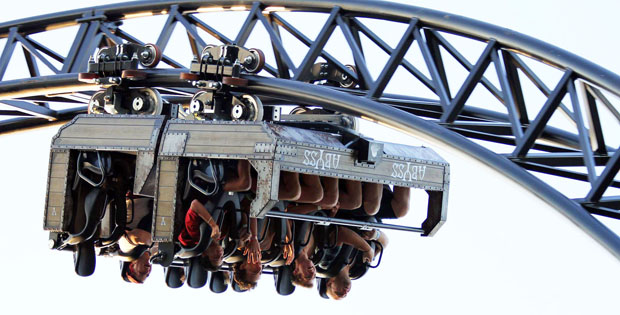 “Hold Tight! This is without doubt the most exhilarating ride visitors to Adventure World have ever experienced,” smiles the Perth park’s CEO, Mark Shaw. “It takes us from ‘adventure park’ to ‘theme park.”

Featuring a 630m-long (2,066ft) custom-designed layout, Abyss includes such elements as a 30m (100ft) vertical lift and signature Euro-Fighter beyond vertical first drop, zero-g-roll, rollover loop, cobra roll, inline loop and a camelback. Three of the four inversions are in daylight and there is also an element that takes place in a ‘secret’ covered section. During the two-minute experience, passengers in each eight-seater car reach speeds of up to 85km/h (53mph) and experience forces of between -1 and 4.5G. Hourly capacity is up to 600. 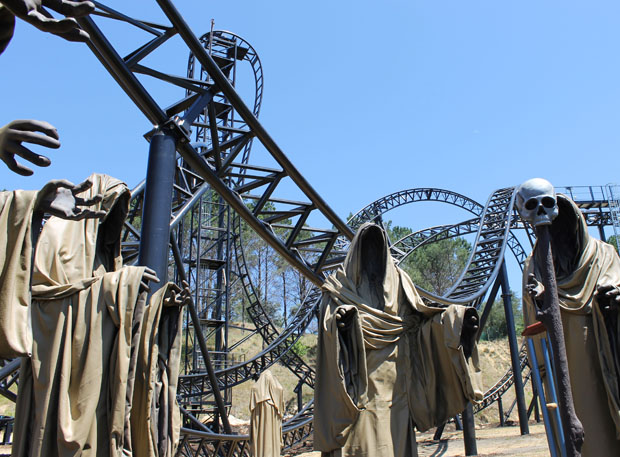 “We chose Abyss after extensively researching the available rides and found that the Gerstlauer Euro-Fighter was the best option to provide a thrilling ride with tight twists and turns on a relatively small footprint,” Shaw tells Park World. “We also wanted something that had unique elements and the vertical lift certainly does that. Gerstlauer’s strong reputation for service and low on-going maintenance costs were also a consideration.”

The covered part of the ride utilises a building that also houses a maintenance workshop, plant rooms and toilets. This, a 15-month contract to completion time frame and rainy weather during construction presented a challenge to the team from Adventure World and Gerstlauer, but one which they tackled with finesse. 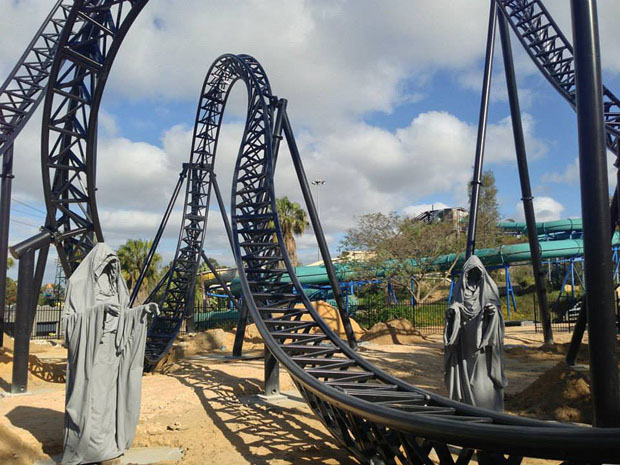 Offering a fully themed experience, Abyss is “guarded” by ancient druid figures, and the landscape scattered with massive upturned trees with exposed roots. An themed archway with ravens overhead acts as the entrance to the attraction, while a foreboding soundtrack creates an ominous mood in the queue line. The creative concepts for the ride were prepared to Adventure World’s brief by Queensland-based design architects Atomiq and then brought to life by a renowned theming company from the Philippines.

The finished product was perfectly in keeping with the Fright Night celebrations held from 1 to 3 November, during which period park admission was priced at just $42/32 (over/under 14 years). Operating from September through until May, Adventure World will open daily (except Christmas day) for the school holidays from 28 November through until 3 February. 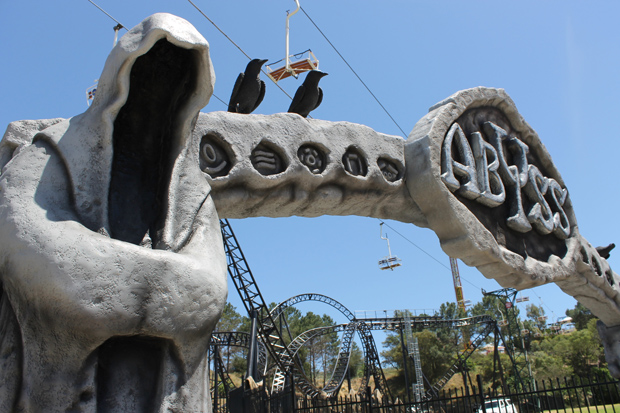