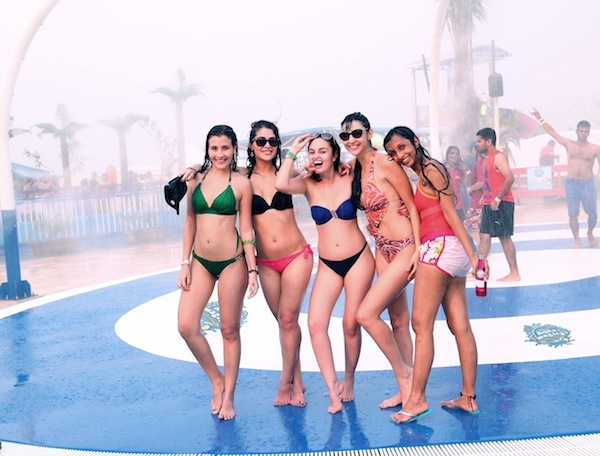 Created by media mogul Manmohan Shetty’s Adlabs Entertainment, Aquamagica functions as a second gate to the existing Adlabs iMagica theme park, which opened in spring 2013 alongside the Mumbai-Pune highway. Spread over 138 acres, it’s now one of India’s biggest entertainment destinations, “enabling Indians to enjoy an international standard experience without the need to travel overseas,” according to a park spokesperson.

Yet whereas Adlabs iMagica incorporates several local myths and legends – including a touch of Bollywood (where Shetty made his fortune) – the themed waterpark celebrates a different hot land land entirely, the Mykonos area of Greece. 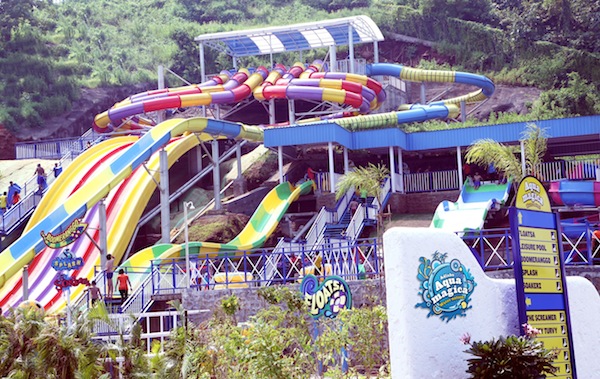 In order to achieve the “international” standard that is key to the park’s positioning, the Adlabs team has also bypassed any local Indian waterpark suppliers (of which there are several) and sourced its 14 key slides and attractions from Polin and WhiteWater.

From Polin comes two combination rides, a Space Shuttle/tunnel slide and a Navigator/rafting ride, each supplied with the Turkish manufacturers’ natural light effects and resin-transfer moulding/shiny finish on both sides, for reduced fading in the sun. WhiteWater, meanwhile, supplied an Aqualoop (India’s first), 6-lane Whizzard mat racer and a Rattler slide, in which riders rock from side to side in its bulging tunnel section. 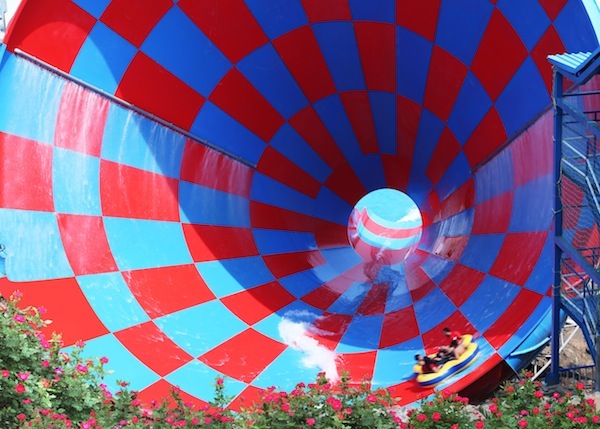 Other water-based entertainment include a beach front, waterfalls, kids play area, lazy river, cabanas and a range of food beverage options. Marketed with the tagline “go with the flow”, the waterpark is being promoted as a hangout for young partygoers, with weekend performances from popular Indian and international artists and DJs.

“With the launch of Aquamagica we present a one-of-its-kind international standard entertainment destination in India,” says Adlabs Entertainment CEO, (Mr) Kapil Bagla. “The youth in India have very limited one-stop entertainment venues For all those who are looking for adrenaline pumping rides, a great day party vibe with variety of food and awesome music, Adlabs Aquamagica is definitely the place to be.”

Easily reached by car from both Mumbai and Pune, the park is also served by bus from both cities. Alternatively a free shuttle bus connects local rail travellers from Khopoli. 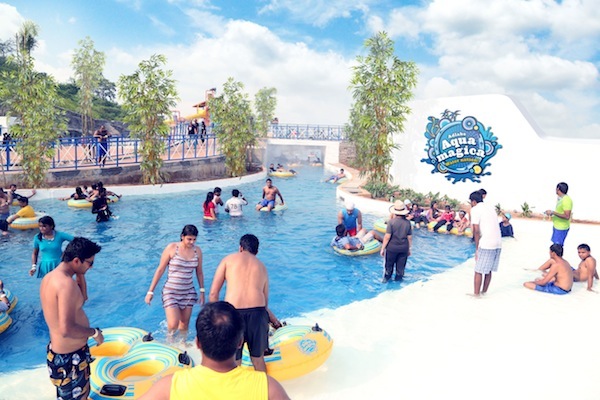 Getting wet and staying green

India’s is a hot and dry country, of course, so several environmentally conscious efforts including water conservation have been undertaken in the development of Adlabs Aquamagica. A rain harvesting reservoir has a capacity to store approximately 260,000,000 litres of water, enough for the park’s daily usage. The system also recharges ground water. 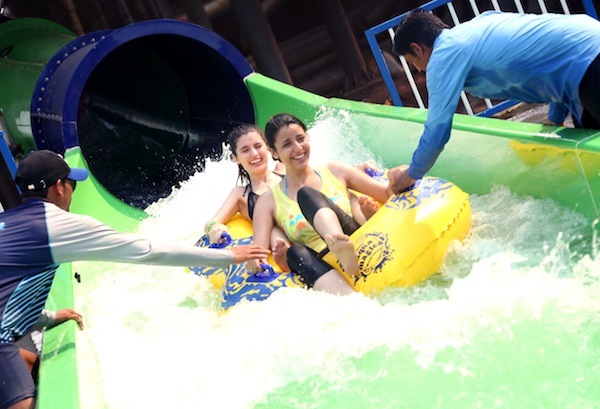 Soarin’ Over a park near you?