A load of balls!

Interactive water rides can be great fun, but not everyone likes to get wet. That’s why two European suppliers reckon they’ve hit onto something with new attraction concepts featuring soft foam ball shooters rather than water cannons.

The SoftBall Ride by Olaf Mordelt (pictured above) is dark ride concept with suspended vehicles. Soft balls are pumped down from overhead via a tubing system and into air cannons. Passengers then take aim at fellow riders and interactive targets during the ride. 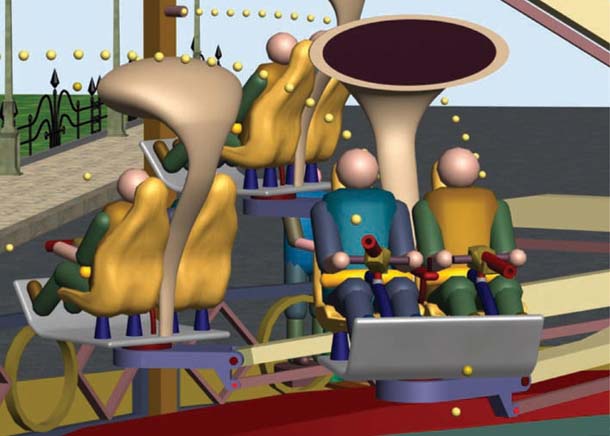 Meanwhile the Swiss manufacturer ABC Rides has just unveiled plans for an attraction called Flying Games (pictured above) a flat ride with a compact footprint. The machine features 12 two-seater cars that travel up and down an undulating track and also rotate horizontally, controllable by the riders. Each car is equipped with two cannons, a turning plate and a joystick, which they can spin the cars through 360º. At the end of the ride the cannons are automatically switched off. How you clear the balls up afterwards is uncertian, however a wet version of the ride is also available with water cannons (as pictured below). ABC is already in talks with several interested parties. 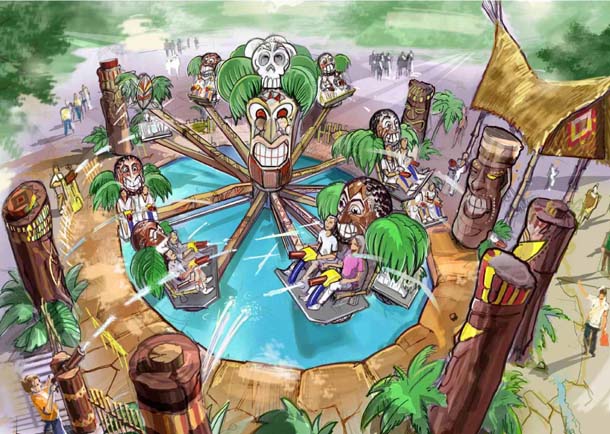