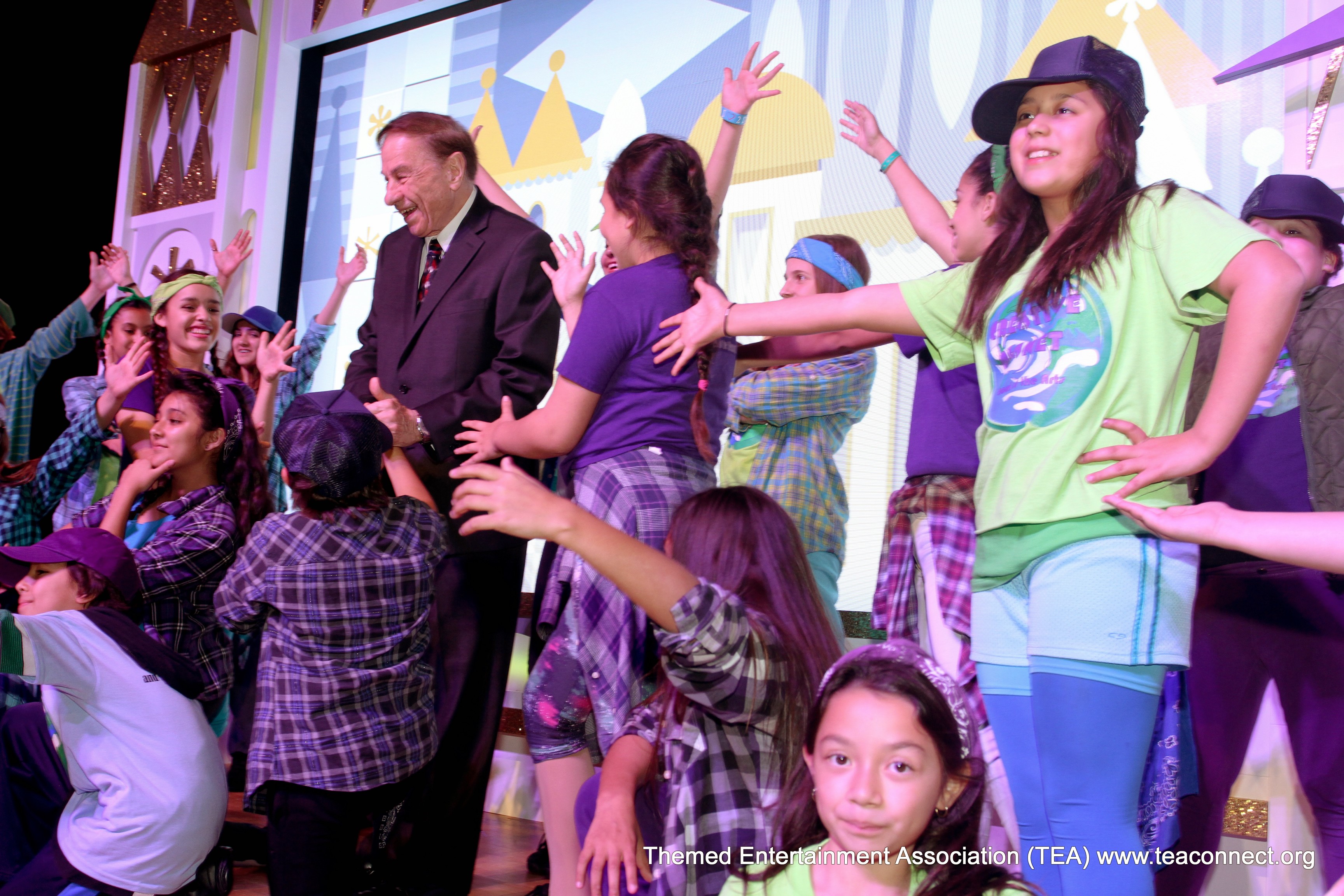 The winner of the Thea Classic award for 2015, Disney’s “it’s a small world” was honoured by industry peers during the TEA’s Thea Awards Gala at Disneyland, California, on March 21. 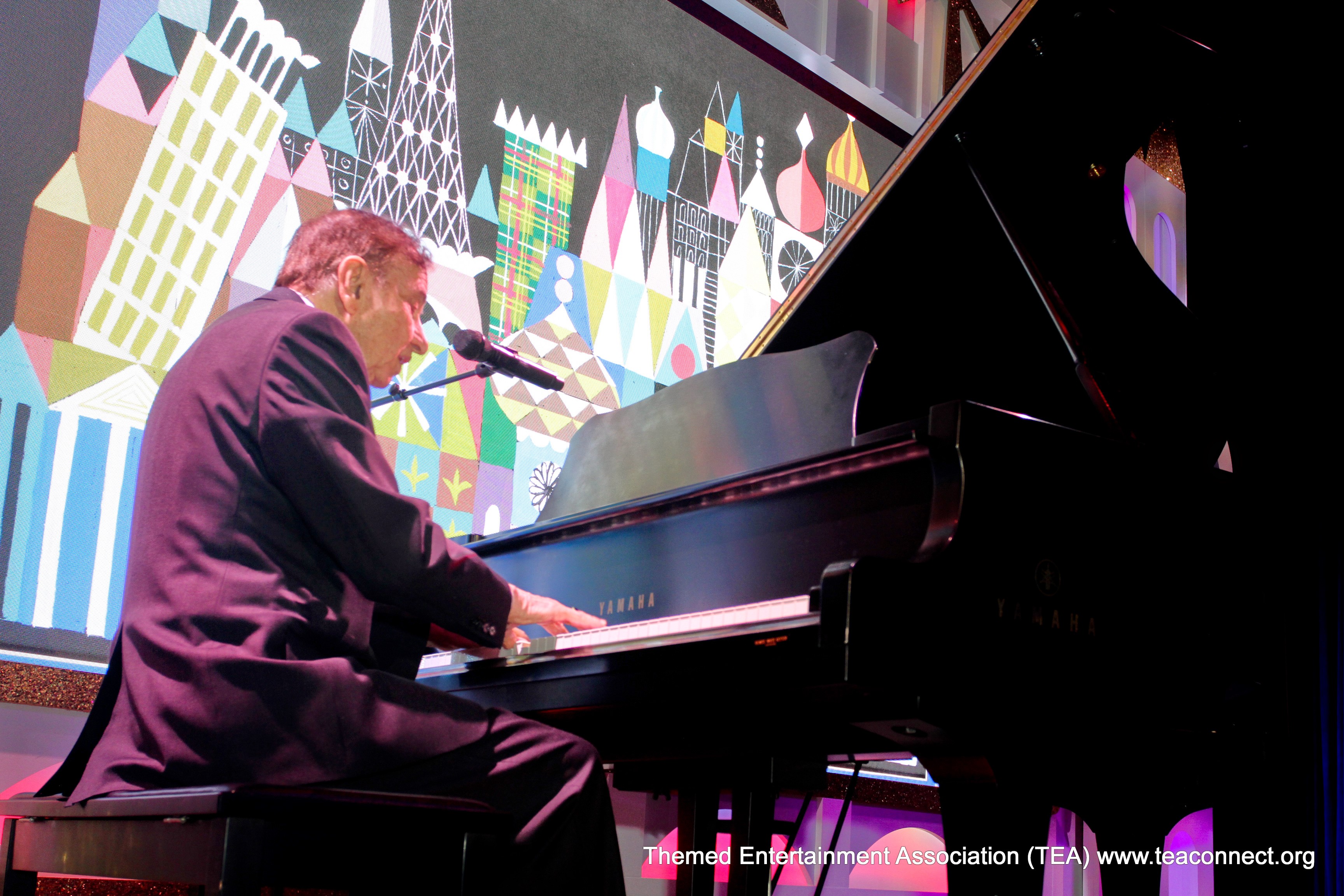 Guests at the black tie event at the Disneyland Hotel in Anaheim were treated to a special performance of the attraction’s signature tune by original composer Richard Sherman (pictured above), accompanied on stage by a troupe of children, keeping the alive the spirit of this Disney Classic. Afterwards Kim Irvine and Marty Sklar (pictured below) accepted the award on behalf of Walt Disney Imagineering. It was a truly memorable night for all those in attendance. Even the table menus/programmes carried a Small World theme! 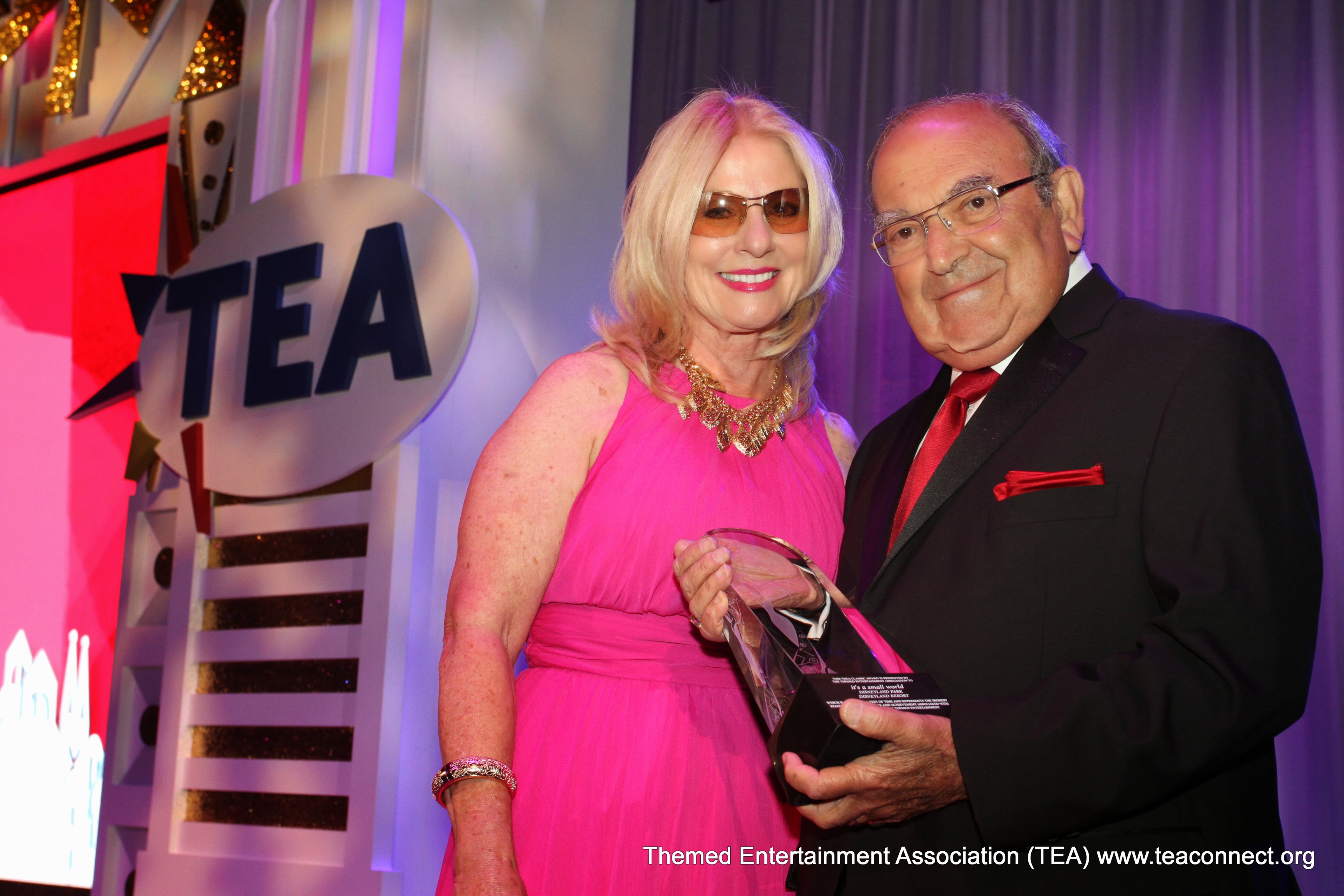 Created famously for the 1964 New York World’s Fair as a benefit for UNICEF, “it’s a small world” entertained more than 10 million visitors before being moved to Disneyland two years later, where it has entertained hundreds of millions of visitors since. Versions of the themed boat ride now also appear at Disney parks in Orlando, Tokyo, Paris and Hong Kong, where they are consistently among most visited attractions. 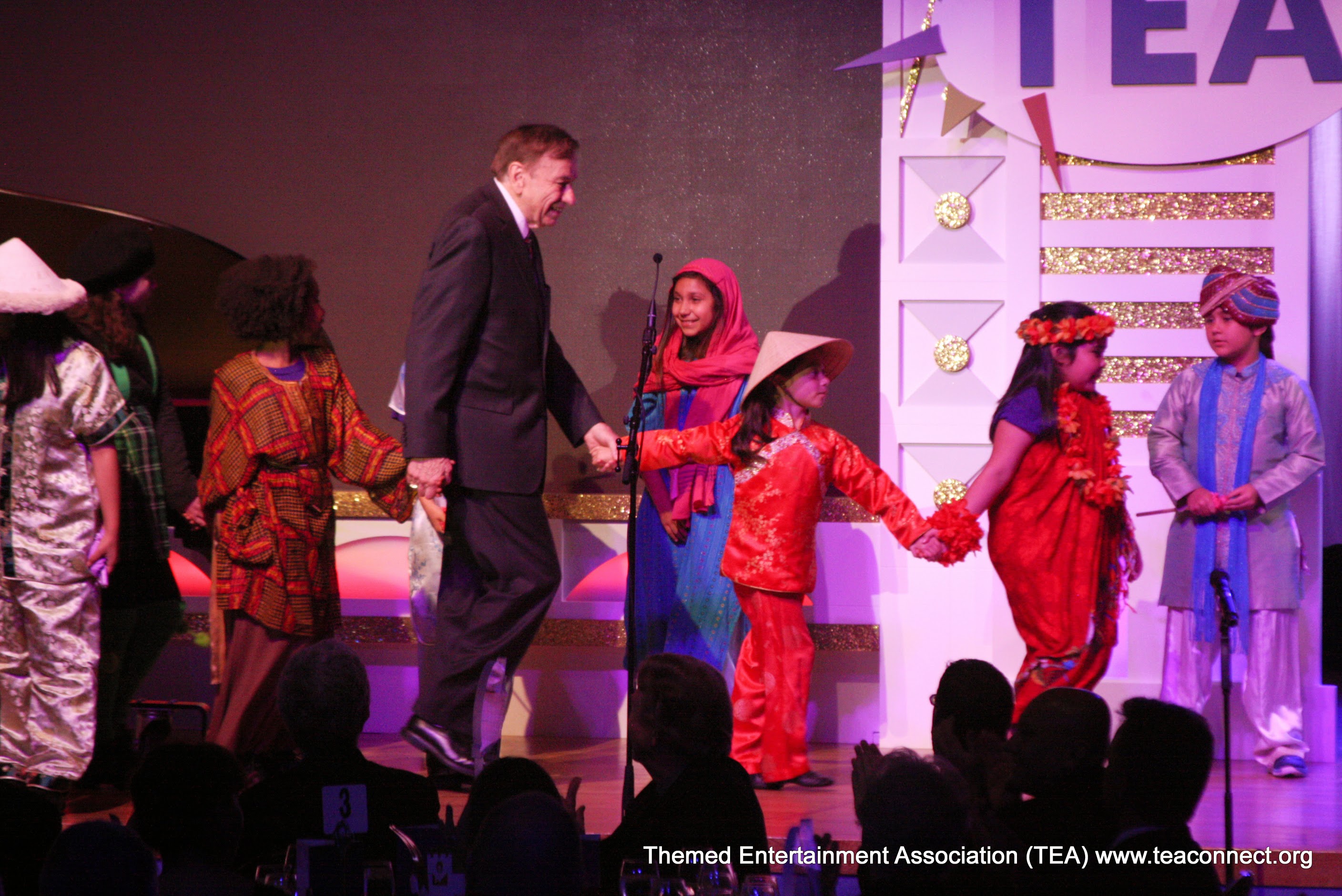 Although it has never used the most advanced in technology, “it’s a small world” continues to captivate audiences around the world with its pure charm, melded with a profound message deceptively hiding Sherman’s simple and astonishingly catchy song. 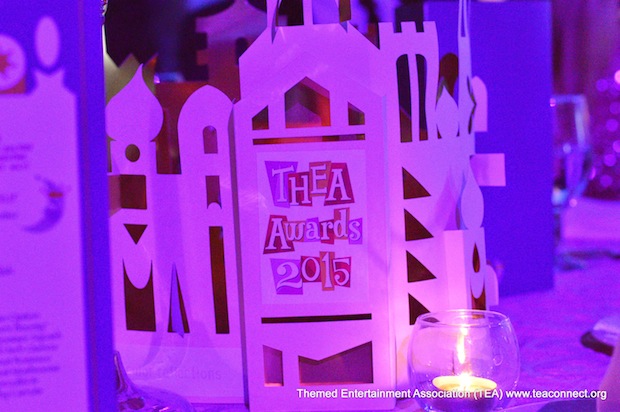