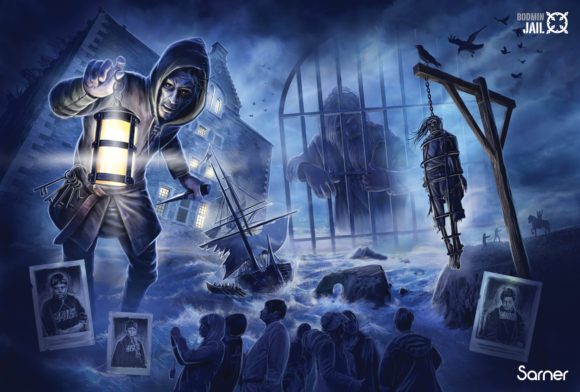 Repairs will be made to parts of the Bodmin Jail building, creating an exhibition, restaurant, hotel and retail space with an investment of £30 million – putting it alongside the top five visitor attractions in Cornwall.

Award-winning visitor attraction specialist, Sarner International, whose work includes immersive exhibitions for The Science Museum, BBC Worldwide’s Doctor Who Experience, George Washington’s Mount Vernon (USA), The Fram Museum (Norway) and The National War Museum (Malta), will oversee the creative vision for the attraction, incorporating Cornwall’s rich history, the life and times of Bodmin Jail, tales of nearby Bodmin Moor and stories of the notorious criminals that passed through the 18th Century prison.

The exhibition will incorporate the latest technology with a range of scenic sets, films, projections and theatrical effects, taking visitors back in time to experience life and death within the prison walls. 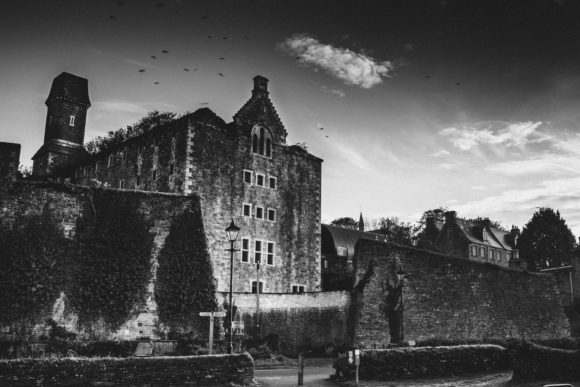 Michael Bennett, Sarner’s Creative Director, says the transformed museum will open people’s eyes to crime and punishment 200 years ago. “Our inspiration came from the stories we learned about Bodmin Jail,” he says. “The treatment of prisoners, some whose crimes only amounted to stealing a sheep, will stun visitors. We’ve selected our theme – Don’t Stray from the Path – to show how treacherous life could be for anyone who veered from the straight and narrow.”

Visitors will be taken from the dank smugglers’ cavern to the stormy coastline, across the moor and through a crime-ridden Victorian village, dodging highwaymen to face the judge at Bodmin Assizes Court. Guilty, they will be led away to experience grimy, rat-infested cells, witnessing the hard labour and disease that prisoners endured. Executions were held in Bodmin Jail before it closed in 1927 and visitors will learn how changes in public opinion helped reform the way prisoners are treated.

Once opened in 2019, the improved self-sustaining museum will result in 50-60 full-time jobs for local people as well as additional staff for the hotel and restaurant during peak times.

All work to the Grade II listed historic building, much of which is currently in ruins, will be done with support and guidance from archaeological, engineering and architectural experts. The team of experts appointed to deliver this project alongside Sarner include Twelve Architects, Montagu Evans, Arup, Turner & Townsend and Astute Fire.