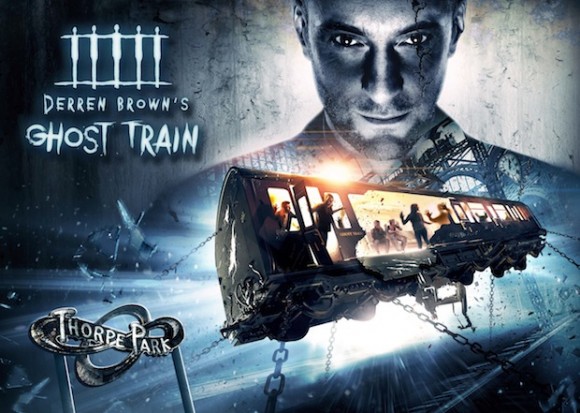 The new multimedia attraction opening this season at Thorpe Park promises to be something out of the ordinary.

Derren Brown, a psychological illusionist whose Channel 4 TV shows feature intriguing stunts and experiments based on mind reading and manipulation, is collaborating with the creative team at Merlin Magic Making to realise an ambitious new attraction that will fuse grand illusion, live action, 4D effects, technology and transit. 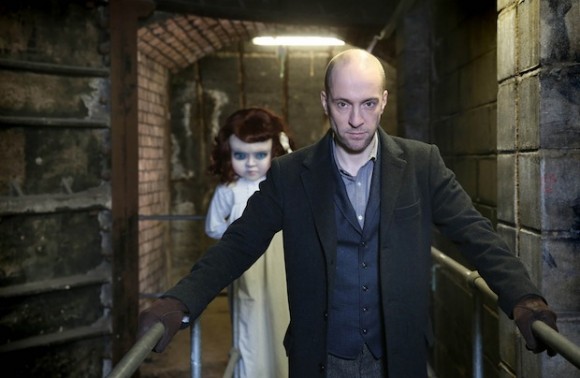 Derren Brown’s Ghost Train, opening this spring at the popular park outside London, has been in development for over three years and represents its biggest investment to date. Like its inventor, it will be a smart ride, with 12 knee-shaking sequences and two possible endings. Housed inside a purpose-built 2,300 sq m warehouse in centre of the park, the centrepiece of the attraction will be a 20m-long Victorian-styled train carriage suspended in iron chains above the ground.

Equipped with Vive VR headsets by HTC, guests will be subjected to a variety of multi- sensory surprises throughout the journey and also a series of high-octane live action sequences where participants will take centre stage in the story. As in his TV shows and stage performances, Brown will toy with guests’ minds and perceptions throughout the journey on board the ‘Ghost Train’ until they no longer know what is real, before leaving them on a cliff- hanger ending.

Bradley Wynne, who is leading the creative team at Merlin Magic Making (MMM) together with Paul Moreton, and is also working on the Galactica VR project at Alton Towers (see right), tells Park World virtual reality will be only a part of the Derren Brown experience: “Whilst we’re incredibly excited to be working with this cutting edge technology I wouldn’t get too hung up on this feature. Think of it as just one item in a magician’s bag of tricks!” 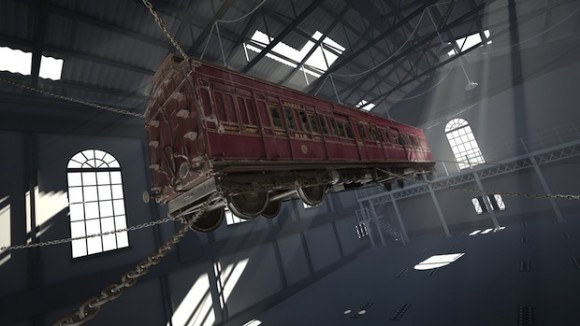 A team of over 1,000 specialists from Thorpe Park Resort, MMM and various external experts have pooled their skills to create the new attraction, which Thorpe Park divisional director Mike Vallis describes as “an entirely new invention. You can’t simply call it a ride, an attraction or an experience. We can’t wait to see people’s reactions to it. Just don’t take the first visuals at face value, as they are deceptive and all is not quite what it seems.”

“The ‘run of the mill’ ghost train has stood the test of the time, it’s a guilty pleasure and staple of the theme park industry,” reflects Wynne. “This attraction is more of an homage. We are taking all the parts you love of the classic ghost train, the feelings you experience, and packaging it up into a completely new entity. This is the ghost train for the 21st Century!”

“Working with Derren and utilising a mix of techniques from the Victorian era through to today’s technology, we have created something utterly original.,” continues Wynne. “It is not just a scare ride, you will experience delight and it may even provoke thought. This will be the first Ghost Train that I can honestly say will have a mind of its own. It will play with your senses, mess with your mind, and your fate will be chosen once you pass through the suspended Victorian carriages doors.”

Have fun following the hints, clues and hyperbole provided by Thorpe Park over the coming months at mindswanted.co.uk 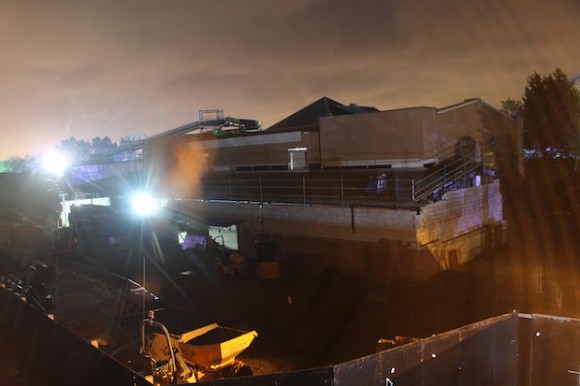 The ride building pictured during construction